Sunday night’s episode of Discovery’s “Expedition Unknown: Egypt Live” a team of Egyptian archaeologists and explorers did something that has never been done by opening a 2,500-year-old Egyptian mummy’s sarcophagus on live television. 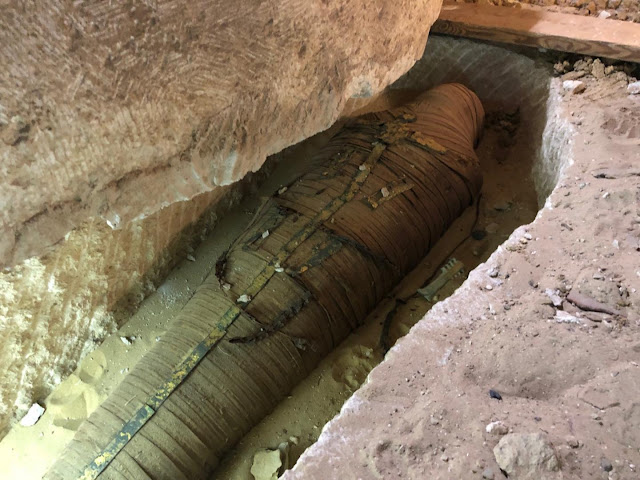 A total of three mummies were uncovered during the two-hour event, including two high-priests and a female mummy whose sarcophagus identified her as a singer in the temple of the Egyptian God Thoth.
Read more »
Αναρτήθηκε από ΕΛ 1 comment: