The VATICAN’S Time Machine. The Chronovisor!


Chronovisor was the name given to a machine that was said to be capable of viewing past and future events. 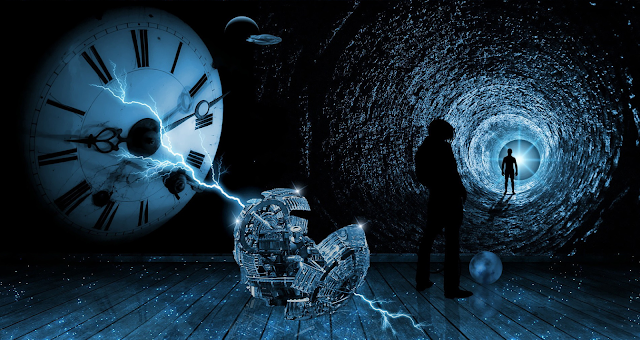 Its existence was alleged by François Brune, author of several books on paranormal phenomena and religion. In his book The Vatican’s New Mystery he claimed that the device had been built by the Italian priest and scientist Father Pellegrino Maria Ernetti (1925-1994). While Father Ernetti was a real person, the existence (much less the functionality) of the chronovisor has never been confirmed.

In the early 1960s Ernetti stated to François Brune, himself a Roman Catholic priest and author that Ernetti helped to construct the machine as part of a team which included twelve world-famous scientists, of whom he named two, Enrico Fermi and Wernher von Braun. The chronovisor was portrayed as a large cabinet with a normal cathode ray tube for viewing the received events and a series of buttons, levers, and other controls for selecting the time and the location to be viewed. It could also focus and track specific people. According to its inventor, it worked by receiving, decoding and reproducing the electromagnetic radiation left behind from past events, though it could also pick up sound waves.
Ernetti lacked hard evidence for these claims. He said that he observed, among other historical events, Christ’s crucifixion and photographed it. A photo of this, Ernetti said, appeared in the May 2, 1972 issue of La Domenica del Corriere, an Italian weekly news magazine. However, a near-identical (though mirrored left to right) photograph of a wood carving by the sculptor Cullot Valera, turned up, casting doubt upon Ernetti’s statement.
Through the chronovisor, Ernetti said that he had witnessed, among other scenes, a performance in Rome in 169 BC of the lost tragedy, Thyestes, by the father of Latin poetry, Quintus Ennius. Dr. Katherine Owen Eldred of Princeton University, the translator of an English rendition of the text, included as an appendix to the American printing of Peter Krassa’s book on the Chronovisor (see below), believes that Ernetti wrote the play himself. According to the alleged “confession” (purportedly kept anonymous on the request of the person, said to be a relative of Ernetti’s) included in the American edition, on his deathbed had Ernetti confessed that he had written the text of the play himself, and that the “photo” of Christ was indeed a “lie”. According to the same “source”, however, Ernetti also affirmed that the machine was workable.
Brune does not believe Ernetti’s “confession” and is convinced that the authorities had coerced Ernetti into making a false confession.
The alleged existence of the chronovisor has fueled a whole series of conspiracy theories, such as that the device was seized and is actually used by the Vatican or by those that secretly control the world.
http://www.unmuseum.org/chronovisor.htm
The Missing Time Machine
An eccentric priest claimed he had a machine that could see into the past. Was his story folly or fancy?
In his little 12 by 12 foot monastic cell Father Pellegrino Ernetti greeted Father Francois Brune one afternoon in the early 1960’s. The two men had just met for the first time the day before during a ferry ride across Venice’s Grand Canal. During their short conversation, Father Ernetti had said something that stuck in Father Brune’s mind. The two, who were both experts on ancient languages, were talking about scriptural interpretation when Father Ernetti remarked that there existed a machine that could easily answer all their questions. 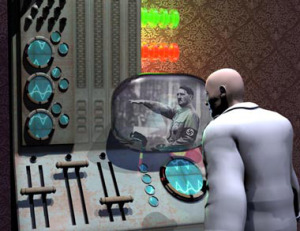 Father Brune was puzzled about what kind of machine could do such a thing and resolved to bring it up again with Father Ernetti in that day’s meeting. When asked about it, Father Ernetti described a device he called a “chronovisor” that looked a bit like a television. Instead of receiving broadcasts from local transmission stations, however, the chronovisor could tune into the past to allow the viewer to see and hear events that had occurred years or even centuries earlier. Father Ernetti told Brune that the machine worked by detecting all the sights and sounds that humanity had made that still floated through space. Father Brune wanted to know if Father Ernetti and his collaborators had been able to see the crucifixion of Christ. Ernetti replied, “We saw everything. The agony in the garden, the betrayal of Judas, the trial – Calvary.”
Everyday Chronovisors
What Father Ernetti was describing to Brune, the chronovisor, was a type of time machine. It is unlike the fictional devices found in most popular books, TV shows and movies, however, that transport people into the future or past. This type of time machine would bring pictures and sounds from the past into the present. Time machines that transport people seem far beyond anything our technology can currently build, but what about a device that just deals with images and sounds? Could a machine like Father Ernetti described be built?
We actually use crude versions of chronovisors every day. A security camera hooked to a video recorder will enable us to see into the past. Even something as a simple as mirror is really a type of chronovisor. We don’t see ourselves in the mirror as we currently are, but as we were just a few millionths of a second before: the time it takes the light to travel from our face to the mirror, reflect off and return to our eyes.
Large telescopes also act as chronovisors. The distant galaxies we view through these devices do not actually look like they are today, but as they appeared when the light left them millions, or perhaps billions of years ago. If an alien scientist on a planet one-hundred light years away had a powerful enough telescope that he could view activities on Earth he wouldn’t see recent events, but life as it was a century ago. He would see the Wright Brothers invention of the airplane, not the launch of a space shuttle.
If it is possible to see into the past of a distant galaxy using a telescope, why can’t a device be built that would allow us to peer into history here back on Earth?
Undoubtedly such as device would be much more complicated than even the most advanced telescope. Telescopes can see back in time, but what part of history they view is entirely a function of how far away the object is. A star 500 light-years away can only be seen as it was five centuries ago, not as it was a hundred years later or earlier than that. And, of course, they can only view what is visible from earth. We cannot see what is on the far side of the Crab Nebula no matter how much we are interested in what it looks like. The device described by Father Ernetti, however, seemed to be able to tune into almost any era and any location.
The Secret Team of Scientists
How did the priest get a hold of such a fantastic machine? According to what he told Brune, he had been working with a Father Agostino Gemelli at the Catholic University of Milan trying to filter harmonics out of Georgoian chants when they heard the voice of Gemelli’s late father speaking to them on the wire recorder they were using (Gemelli later confirmed this incident). This got the priest thinking about what happened to all the sights and sounds humans make. Did they disappear completely or do they continue to exist in some way? Ernetti approached some eminent scientists and assembled a team to work on the project. The group inclided Enrico Fermi (one of the designers of the first atomic bomb) and Wernher von Braun (the German rocket scientist).
The team built the chronovisor so it could tune into any time or place. They observed not only the crucifixion of Christ, but French conqueror Napoleon, the Roman philosopher Cicero, and the play Thyestes by the Roman poet Quintus Ennius.
Brune was astonished that he had not heard of the invention of this device. “Why hide such a discovery?” he asked.
Father Ernetti replied that the team had decided to voluntarily dismantle the device. Since it could tune into any place at any time in the past it left no room for privacy. In the wrong hands, Ernetti said, it could create the “most fearsome dictatorship the world has ever seen.”
Father Ernetti also spoke at some conferences on paranormal phenomena discussing his machine. While he never produced the device itself, he was eventually coaxed into displaying some forms of proof. The first was the text of the play Thyestes. 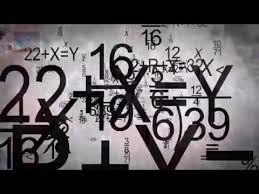