About 15 km to the south of Lore Lindu National Park on the Indonesian island of Sulawesi, in an area known as Bada valley, there are several carved megalith figures reminiscent of the Moai statues of Easter Island. 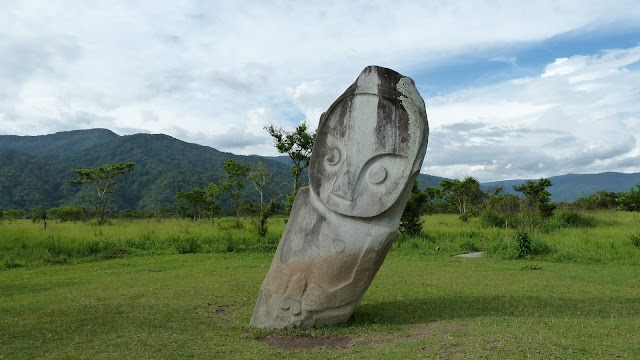 The statues have straight bodies, oversized heads, round eyes, and a single line to define eyebrows, cheeks, and chin.
Most of them stand alone half buried in the fields, obscured by long grasses. Others are toppled over in rivers. 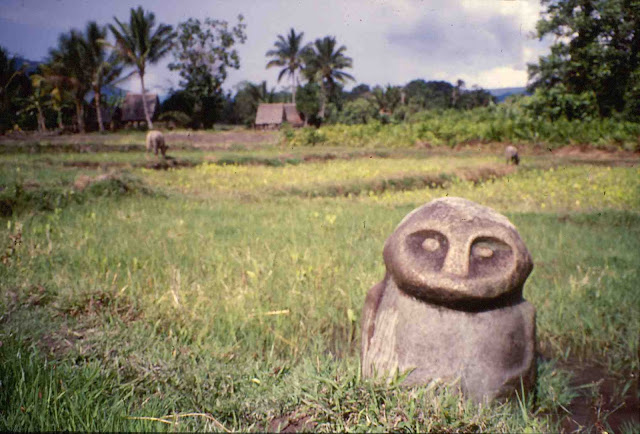 So far, more than four hundred carvings have been found in the area, but only about thirty are in the shape of human’s figures.