The Dragon's Triangle - Sea of the Devil (video)

Ancient legends, some dating back to 1000 B.C.E. tell of dragons that lived off the coast of Japan and presumably, that is how the area became known as the Dragon's Triangle. 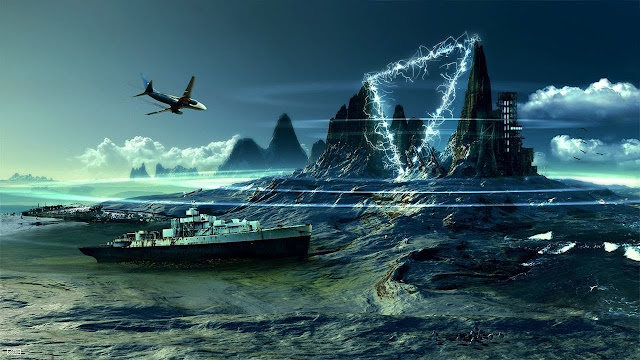 The fire-breathing monsters of legend may well have been volcanic eruptions.
It is said that the conqueror Kublai Khan tried to make inroads into Japan in the 1200s but failed to do because of loss of his vessels and crew, the latter being 40,000 men, in this triangular area.


Kublai Khan made two unsuccessful attempts to take over Japan in the 13th century, but both attempts failed on the trip through these waters and over 40,000 crewmen were lost in the first attempt alone.   The Japanese people believed that Nature intervened to protect them and attributed the victories to the “Divine Wind”.


Ships as large as 200,000 ton tankers have been lost in the Devil's Triangle. 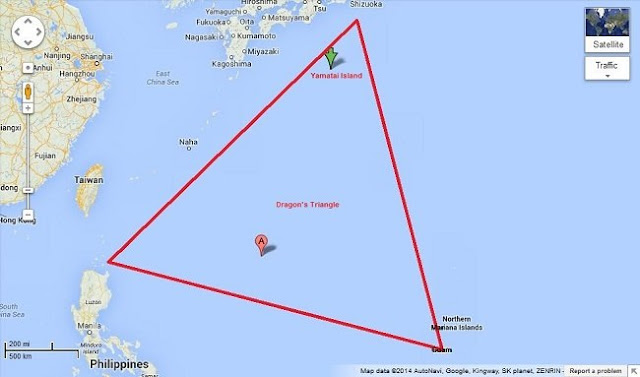 In the 1200s, Kublai Khan’s tried several times to invade Japan by crossing the Devil’s Sea. In this process he lost his vessels and 40,000 men in the area of the triangle.


Mongolian Emperor Kublai Khan made two unsuccessful attempts to take over Japan. But both attempts failed on the trip through these waters and over 40,000 crewmen were lost in the first attempt alone in the area of the triangle.


By the late 1940’s, the amount of ships being lost without trace in the region lead to the Japanese government declaring the area a danger zone.


In 1952, a research vessel, the Kaio Maru No. 5, sent by the Japanese government. A team of 100 scientists to study the Devil's Sea to discover the true source the mysteries. It vanished without a trace with the loss of all hands on September 24, 1953. Japan aborted the study.


Amelia Mary Earhart was an American aviation pioneer and author.   Earhart was the first female aviator to fly solo across the Atlantic Ocean.


Some writers, including Charles Berlitz3, even link the Dragon's Triangle to the disappearance of Amelia Earhart.