On November 2, 2016 a journal titled 'Candidate volcanic and impact-induced ice depressions on Mars' was made available online through Icarus, the International Journal of Solar System Studies. 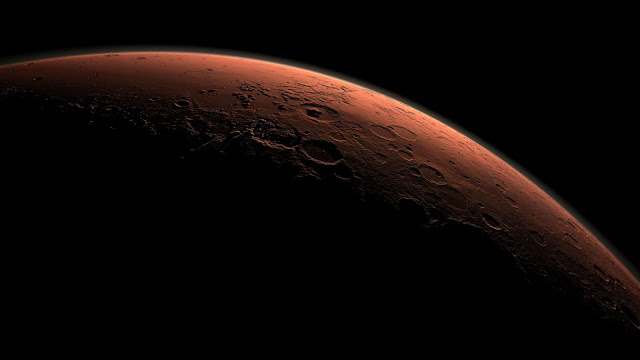 The research was supported by a NASA Mars Data Analysis Program award.
According to University of Texas at Austin-led study, a strangely shaped depression on Mars may host microbial extraterrestrial life.


The depression or 'funnel', likely formed by a volcano beneath a ice glacier, is believed to be a chemical-rich environment well suited for microbial life.


The Martian depression is located inside a crater on the edge Hellas basin on Mars. It first caught lead author, Joseph Levy's attention in 2009, while looking at photographs taken by the Mars Reconnaissance Orbiter. He noticed features on the depressions similar to ice cauldrons seen on earth, made by volcanoes erupting beneath a layer of ice.