With NASA developing capabilities to send astronauts to Mars in the 2030s, the space agency released a batch of recruitment posters enticing human pioneers to our planetary neighbour. 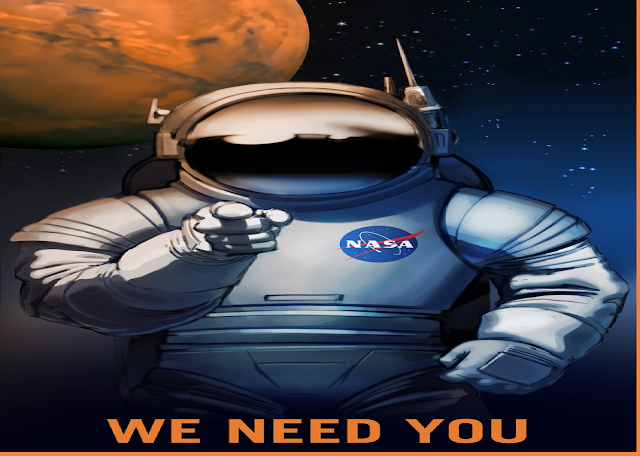 There are many roles on offer from explorers and surveyors to farmers and teachers.
The posters are designed to give us all an idea of what life on Mars might hold for a spacesuit-clad astronaut.


As with NASA's last set of wall-worthy posters, that gave us a glimpse of what a holiday in space might look like, the new eight-poster series entitled “Mars Explorers Wanted” retain a hint of the retro style and add a little propaganda feel. 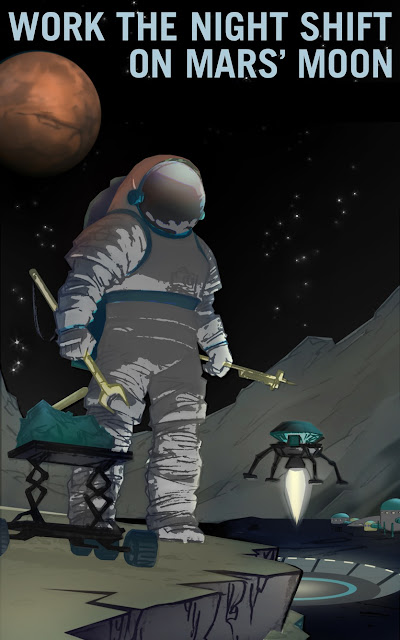 Originally commissioned for a 2009 exhibition at the Kennedy Space Centre, the poster series was recently released online.


For those inspired by the posters, it’s a 78.8-million-kilometre return trip – seven months one way – to the Red Planet. But you might just be able to answer the question: is there life on Mars?