“Sweet aromas” and “electromagnetic disturbances” surprised the observers of this historic event.
On October 26, 27 and 28, 2016, the marble slab that covers the tomb of Christ was removed by the archpriests of the Greek-Orthodox Church. 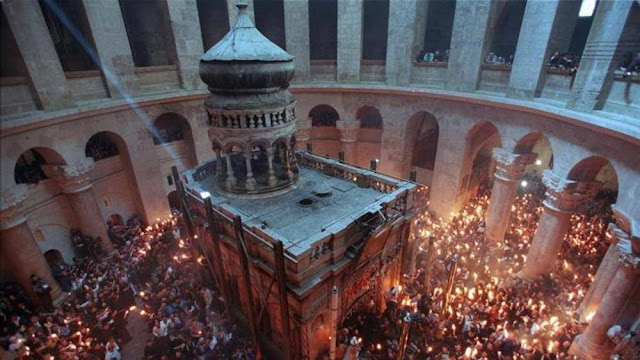 As the group of scientists and religious authorities had access to the place, rumors immediately began to run around.

Some rumors claimed it was possible to perceive a “sweet aroma” emanating from the tomb, reminiscent of the olfactory manifestations commonly associated with both Marian and saintly apparitions.
Secondly, it was alleged that some of the measuring instruments used by scientists were altered by electromagnetic disturbances.
As soon as they were placed vertically on the stone in which Christ’s body rested, the devices either malfunctioned or ceased to work at all. 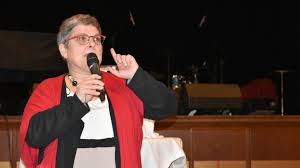 Marie-Armelle Beaulieu, editor-in-chief of Terre Sainte Magazine, was given permission to visit the site, and remains reluctant about the rumors associated with the alleged “sweet scent.” In addition to stating that a smell is easily suggestible, she also noted she did not perceive any particular perfume at all. On the other hand, during the last partial opening, made by the architect Nikolaos Komnenos in 1809, the chronicler also made mention of a “sweet aroma.” People who are interested in the tomb of the Holy Sepulcher are well acquainted with this text, so it is possible that they might respond to unconscious suggestion about having perceived such a smell.

But the journalist is much less hesitant regarding the electromagnetic disturbances recorded by the scientists’ instruments. The phenomenon was confirmed by one of the scientists authorized to access the tomb. Later, one of the heads of the building and construction team, Antonia Moropoulou, indicated that it is really hard to imagine that someone would be willing to put in danger his or her reputation just because of a “publicity stunt.” Moreover, the journalist testifies to the scientists’ surprise during the opening of the slab: they hoped that the grave would be much lower than it was. Their conclusion: previously performed analyses with the instruments seemed to have been distorted by an electromagnetic disturbance. 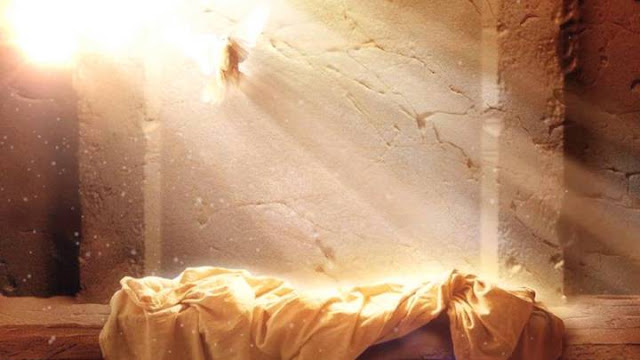 It seems, lacking any other explanatory element, the tomb of Christ indeed affected instruments sensitive to electromagnetic disturbances. However, possible explanations on the motives for such a phenomenon do not fall short of speculation among those who are passionate about the Holy Sepulcher. And, needless to say, those speculations range from the most elaborate to the most ridiculous.

Only the tomb of Christ?

The opening of the slab and the revelation of the stone where the body of Christ would have rested have demonstrated the tomb indeed matches the Jewish tombs of the 1st century. But according to Marie-Armelle Beaulieu, the essential core of the issue is to be found elsewhere. “I would be delighted if a scientific expert proved that this stone was indeed where Christ rested, but even if it were proven otherwise, it would still be a sign of the Resurrection.”


The journalist, who has been a resident in Jerusalem for the last 17 years, was part of the exclusive, privileged group that was granted access to the place. As she confesses: “The church of the Holy Sepulcher is a disconcerting place. At first I did not like it very much. I was expecting a beautiful church and I found this place of strange architecture, which does not recall anything of the biblical scenes. There is no trace of the garden of the tomb, for example.”


“But gradually I developed an attachment, during the processions in   which I participated along with the Franciscans. It is not a place to visit, but rather a place to pray. Thanks to a friar, I was able to walk all the way in, until I reached the rock that supported the body of Christ, something I could not have imagined … I felt somehow weightless, but I remember all the details. I will never go visit the Holy Sepulcher in the same way. 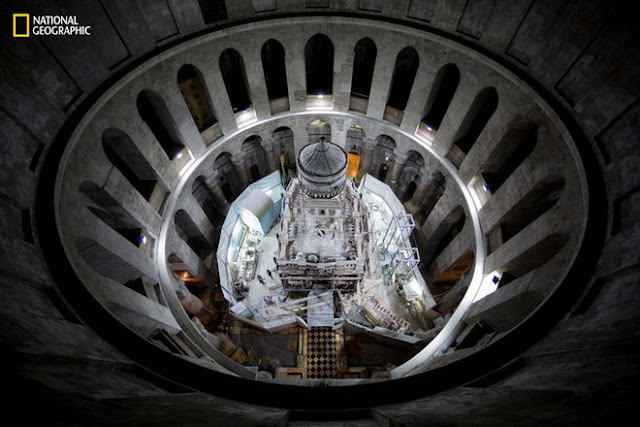 “Right now, they have replaced the marble slab on top, and one can only partially see the crypt, through an opening [protected with a shielded glass]. But I know the stone is there. I had the habit of genuflecting before the tomb of Christ, and then I reflected and thought it was absurd, as there was no real Presence there, and that one should rather genuflect in front of the Blessed Sacrament. But in the Holy Sepulcher, in front of this tomb, there is a ‘real absence.’ An empty tomb. A miracle before which all knees bend, in Heaven, on Earth and in Hell.”
source
Αναρτήθηκε από ΕΛ