Sumer (approximately "land of the civilized kings" or "native land") was an ancient civilization and historical region in southern Mesopotamia, modern-day southern Iraq, during the Chalcolithic and Early Bronze Age. 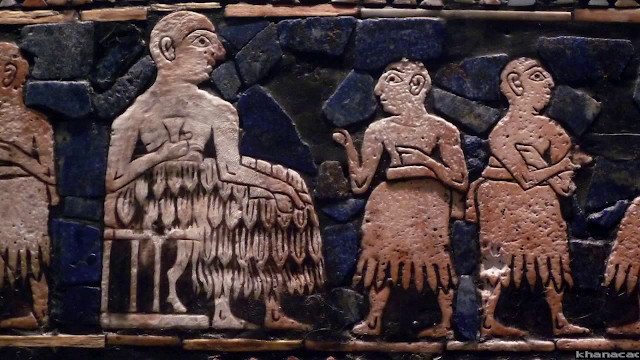 Although the earliest forms of writing in the region do not go back much further than 3500 BC, modern historians have suggested that Sumer was first permanently settled between 5500 and 4000 BC by a non-Semitic people who may or may not have spoken the Sumerian language (pointing to the names of cities, rivers, basic occupations, etc. as evidence).
These conjectured, prehistoric people are now called "proto-Euphrateans" or "Ubaidians", and are theorized to have evolved from the Samarra culture of northern Mesopotamia (Assyria). The Ubaidians were the first civilizing force in Sumer, draining the marshes for agriculture, developing trade, and establishing industries, including weaving, leatherwork, metalwork, masonry, and pottery.
However, some scholars such as Piotr Michalowski and Gerd Steiner, contest the idea of a Proto-Euphratean language or one substrate language.


It has been suggested by them and others, that the Sumerian language was originally that of the hunter and fisher peoples, who lived in the marshland and the historical region of Bahrain and were part of the Arabian bifacia lculture. Reliable historical records begin much later; there are none in Sumer of any kind that have been dated before Enmebaragesi (c. 26th century BCE). Professor Juris Zarins believes the Sumerians were settled along the coast of Bahrain, today's Persian Gulf region, before it flooded at the end of the Ice Age. Sumerian literature speaks of their homeland being Dilmun. 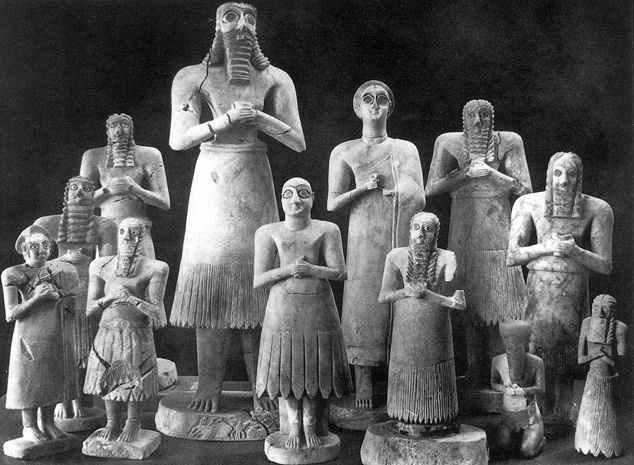 Sumerian civilization took form in the Uruk period (4th millennium BC), continuing into the Jemdat Nasr and Early Dynastic periods. During the 3rd millennium BC, a close cultural symbiosis developed between the Sumerians (who spoke a language isolate) and the Semitic Akkadian speakers, which included widespread bilingualism.


The influence of Sumerian on Akkadian (and vice versa) is evident in all areas, from lexical borrowing on a massive scale, to syntactic, morphological, and phonological convergence. This has prompted scholars to refer to Sumerian and Akkadian in the 3rd millennium BC as a Sprachbund. Sumer was conquered by the Semitic-speaking kings of the Akkadian Empire around 2270 BC (short chronology), but Sumerian continued as a sacred language. Native Sumerian rule re-emerged for about a century in the Third Dynasty of Ur (Sumerian Renaissance) of the 21st to 20th centuries BC, but the Akkadian language also remained in use. The Sumerian city of Eridu, on the coast of the Persian Gulf, was the world's first city, where three separate cultures fused — that of peasant Ubaidian farmers, living in mud-brick huts and practicing irrigation; that of mobile nomadic Semitic pastoralists living in black tents and following herds of sheep and goats; and that of fisher folk, living in reed huts in the marshlands, who may have been the ancestors of the Sumerians. 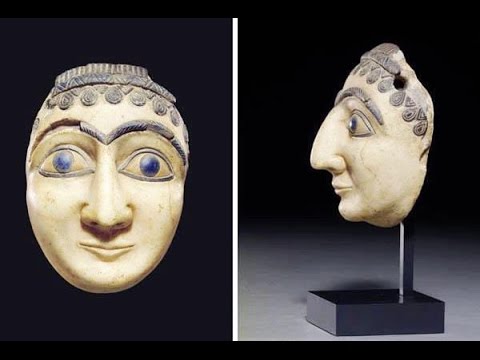 The irrigated farming together with annual replenishment of soil fertility and the surplus of storable food in temple granaries created by this economy allowed the population of this region to rise to levels never before seen, unlike those found in earlier cultures of shifting cultivators. This much greater population density in turn created and required an extensive labour force and division of labour with many specialized arts and crafts. At the same time, historic overuse of the irrigated soils led to progressive salinization, and a Malthusian crisis which led to depopulation of the Sumerian region over time, leading to its progressive eclipse by the Akkadians of middle Mesopotamia.