Houska Castle is located close to Blatce in the Czech Republic.

The old structure dates back to the 13th century and has a very strange history, to say the least.
The castle sits in a peculiar place, with many people wondering why a castle would have ever been built there at all. However, a legend attached to this ancient structure may answer that question.


Before it was ever built, the spot where Houska sits was the focus of attention for many. It is said that there was a large hole, where the castle stands today. This hole was so deep that most believed it was a literal bottomless pit. Strange things happened around this mysterious hole, with nearby villagers reporting black winged creatures flying near it and half human, half animal beings crawling from it. It didn’t take long for people to start believing that the pit was a Gate to Hell itself. It is believed that Houska Castle was intentionally built over this pit, in an attempt to seal this gate and contain the evil within.


Before its construction, locals were too frightened to be lowered into the bottomless pit. However it didn’t take long for them to find a solution. Jailed men who were set to be executed were offered a death pardon, if they would allow themselves to be lowered into the hole and report their findings. Simple enough. Seemed like an easy way out of punishment for some prisoners. Unfortunately, after the first prisoner was lowered, this test came to an end. 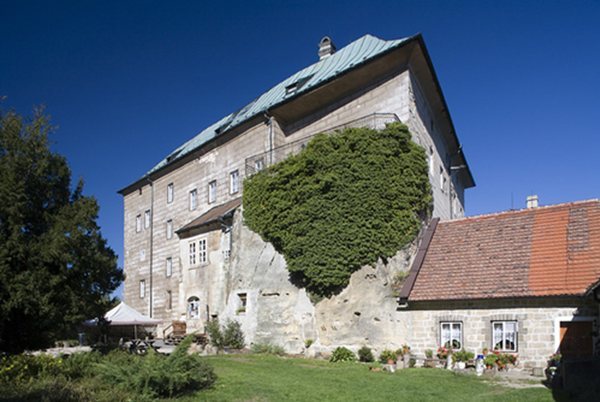 After being lowered deep into the pit, the prisoner began to scream uncontrollably and begged to be pulled back up. After being pulled up, the prisoner’s hair had allegedly turned white and he appeared to have aged many years, during the few moments spent inside the hole.  The prisoner was so disturbed by what he had experienced that he went insane. Those few moments in the hole seemed to have claimed his mind. He was committed to a mental institution and died of unknown causes two days later.


More tales of experimentation came later when the castle was rumored to be used by Nazis for various experiments. Some even claim that one if the experiments involved gateways to other dimensions. It may sound far-fetched, but if you wanted to conduct such experiments, what better place than on top of the gates to hell? Three bodies of Nazi soldiers were eventually unearthed at Houska. Their cause of death unknown. Could they have been a victim of these strange experiments? 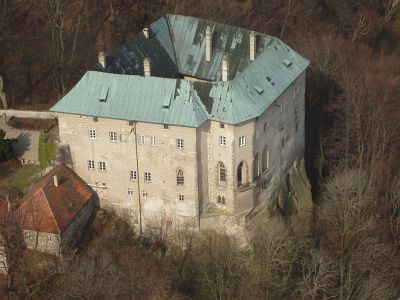 Reports of paranormal experiences and encounters with evil have existed as long as the castle itself. Most experiences involve sightings of black winged demons that are seen flying inside the ancient castle. Others have reported a much less menacing blonde haired woman that roams the dark corridors of the castle. The chapel inside Houska castle is directly on top of the pit that spawned the construction in the first place. Many people have heard screams and bone chilling moans coming from beneath the floor of the chapel. Others have heard what can only be described as the thud of a human body hitting the floor.


One of the most interesting experiences is that of the human chain. Not just one, but many people claim to have witnessed hundreds of people chained together, with black dogs snarling and nipping at their legs. A very disturbing image to say the least.


So is Houska Castle serving as a barrier between two worlds? Is it truly a gateway to Hell? Based on the experiences over so many centuries and the stories of horror that have been told for generations, there is definitely something dark and unexplained at Houska. What exactly may be causing these hellish experiences may never be known.