CHINA: The Mysteries of the Longyou Caves (video)


The Longyou Caves are a series of large artificial caverns located at Phoenix Hill, near the village of Shiyan Beicun on the Lan River in Longyou County, Quzhou prefecture, Zhejiang province, China. 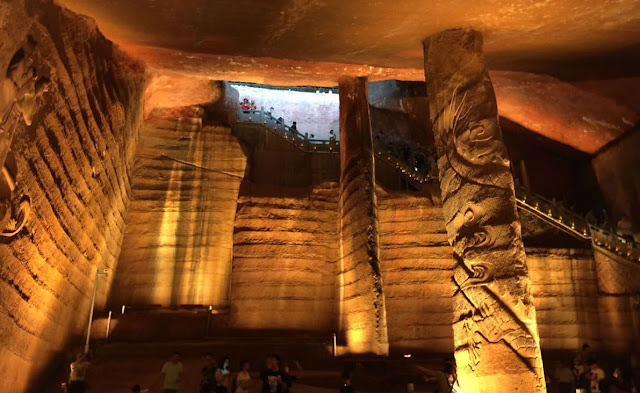 First discovered in 1992, 24 caves have been found to date, one of which has been developed as a tourist attraction.
The caves were carved in sandstone, a homogeneous medium-hard rock, and are thought to date to a period before the creation of the Qin Dynasty in 212 BCE. Despite their size and the effort involved in creating them, so far no trace of their construction or even their existence has been located in the historic record.


The caves are notable in several respects: 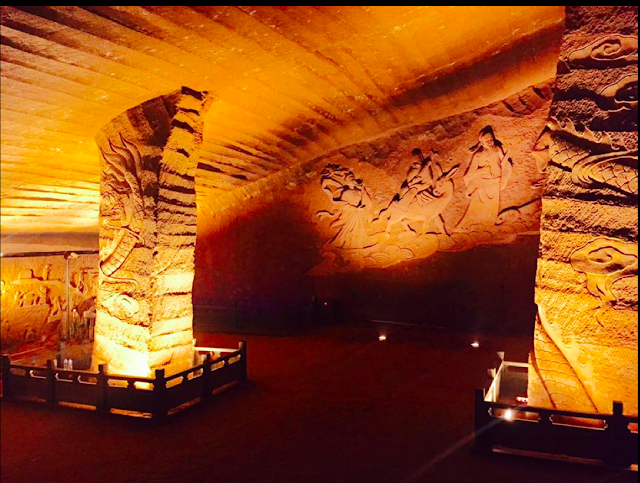 The caves are very large considering their man-made origin: the average floor area of each cave is over a thousand square meters, with heights of up to 30 meters, and the total area covered is in excess of 30,000 square meters.


The ceiling, wall and pillar surfaces are all finished in the same manner, as a series of parallel bands or courses about 60 cm wide containing parallel chiseling marks set at an angle of about 60° to the axis of the course.


They have maintained their structural integrity and appear not to interconnect with each other.