Baba Vanga: ‘Obama will be the LAST US President’


There have been some quite peculiar predictions made in the past that are directly connected to the future President of the United States. 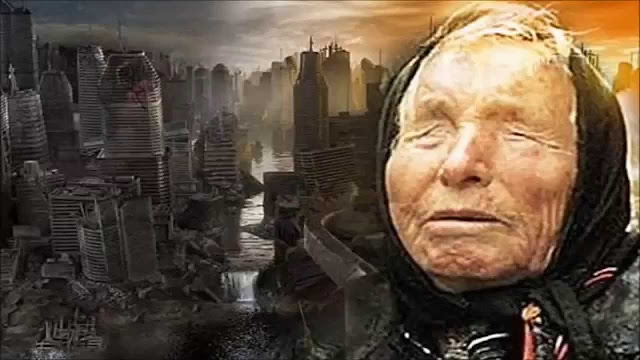 According to Baba Vanga –a blind mystic dubbed the Nostradamus of the Balkans is said to have predicted 9/11, the 2004 Tsunami, the rise of ISIS, and even that the 44th President of the United States would be an Afro-American, President Barack Obama will be the last U.S. President.
According to many, ‘something’ will happen that will prevent Donald Trump from taking the presidency on January 20th, 2017.


According to Baba Vanga’s prediction: “Everyone will put their hopes in him to end it, but the opposite will happen; he will bring the country down, and conflicts between north and south states will escalate.”


While many believe the predictions made by Nostradamus and Baba Vanga are nothing more than luck, Baba Vanga’s followers are convinced that something will in fact prevent Donald Trump from stepping into office. 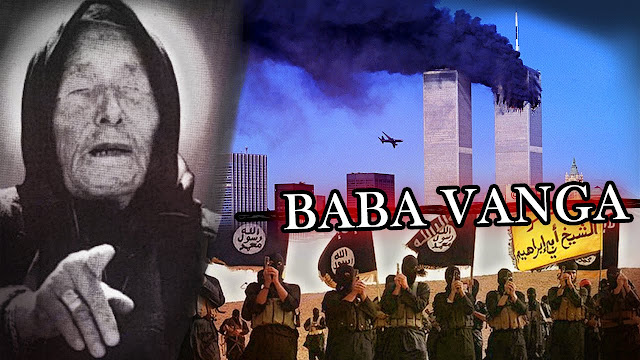 Interestingly, some of Baba Vanga’s predictions are fascinating and chilling at the same time. The Blind Mystic warned about Global Warming and the 2004 Tsunami in the 1950’s when she predicted that:


“Cold regions will become warm … and volcanoes will awaken. A huge wave will cover a big coast covered with people and towns, and everything will disappear beneath the water. Everything will melt, just like ice.”


Among other predictions, Baba Vanga predicted in 1989 the Terroristic attacks of September 11: “American brethren will fall after being attacked by the steel birds. The wolves will be howling in a bush, and innocent blood will gush.”


But she also foresaw the sinking of Russian Nuclear Submarine the Kursk in 2000. In 1980 Baba Vanga predicted: “At the turn of the century, in August of 1999 or 2000, Kursk will be covered with water, and the whole world will be weeping over it.”


Not only was Baba Vanga believed to have the gift to look into the future, many believed the Prophet form the Balkans had the ability to heal people, becoming the go-to person for the rich and powerful.


Not only was Baba Vanga believed to have the gift to look into the future, many believed the Prophet form the Balkans had the ability to heal people, becoming the go-to person for the rich and powerful. 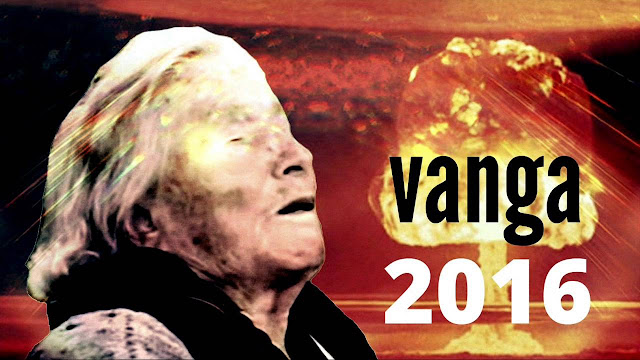 
2016: “Muslims” will invade Europe, which will “cease to exist” as we know it. The ensuing campaign of destruction will last years, driving out populations and leaving the entire continent “almost empty.”


2023: The Earth’s orbit will change (nobody knows what this means).


2025: The population of Europe will reach almost zero.


2028: Mankind will fly to Venus, in the hope of finding new sources of energy.


2033: World water levels will rise as the polar ice caps melt (this is already happening).


2043: Europe’s transformation into an Islamic caliphate is complete. Rome is named the capital. The world’s economy thrives under Muslim rule.


2066: America will use a new climate change weapon for the first time in a bid to retake Rome and bring back Christianity.


2076: Communism will return to Europe and the rest of the world.


2084: Nature is reborn (nobody is really sure what this means).


2100: Man-made sun illuminates the dark side of the planet (This is already in the pipeline — since 2008, scientists have been working on creating an artificial sun using nuclear fusion technology).
Αναρτήθηκε από ΕΛ