The machine in question is called a "Chronovisor" and was built in the 1950s by a Benedictine monk named Father Pellegrino Ernetti.
No photos of the Chronovisor exist, but paranormal journalist John Chambers says Ernetti reportedly used the "way back machine" to film Christ's crucifixion for Vatican officials.


Ernetti died in 1994 without revealing the secret of the Chronovisor but Chambers says evidence is mounting that the Catholic Church is hiding a working model from the rest of the world, supposedly to keep it from getting into evil hands. 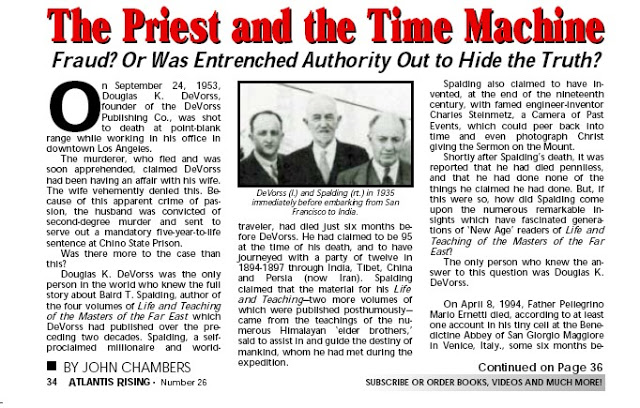 Sound crazy? Maybe, but there may be something to it.

Chambers says a Jesuit priest named Father Francois Brune believes the Chronovisor must exist because, in the priest's words,


He said: "Ernetti wouldn't lie about such things." 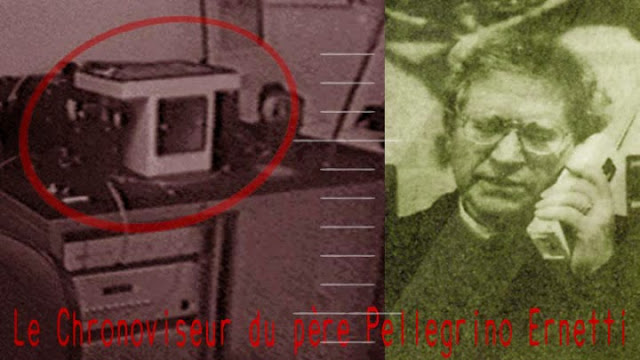 Everything about the life of Father Pellegrino Ernetti suggests that this Italian Benedictine priest-scientist was a man of integrity and would not have created a hoax about his work on the chronovisor. Venice-based Father Ernetti (1925-1994) was an authority on archaic music, a scholar in Greek and Latin, a sought-after exorcist, a confidant of the influential, and an object of questioning by the Vatican and NASA.


After his death the chronovisor was nowhere to be found, leading his critics to proclaim this otherwise distinguished scientist-priest a fraud.