In what is sure to cause controversy, a researcher has claimed that the mysterious and ancient ruts which crisscross the Phrygian Valley today's Turkey  were caused by an unknown and intelligent race between 12 million and 14 million years ago. 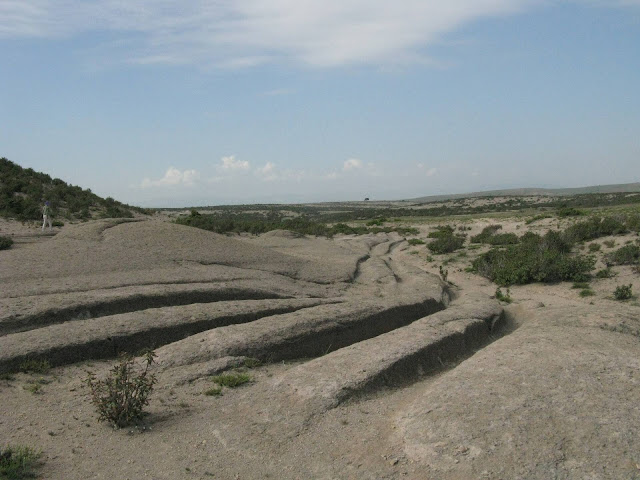 Dr. Alexander Koltypin, geologist and a director of the Natural Science Scientific Research Centre at Moscow’s International Independent University of Ecology and Politology has recently completed investigations at the site in Anatolia which is marked with strange ruts, described as “petrified tracking ruts in rocky tuffaceous deposits made from compacted volcanic ash,” according to MailOnline.
The tracks cut across the landscape of the Phrygia Valley and date back to various historical periods, according to the conventional academic descriptions. The earliest roads are thought to have been made during the Hittite Empire (circa 1600 B.C.–1178 B.C.). As time went on, paths were cut deeply into the soft rock by the Phrygians, then by the Greeks, and Alexander the Great with his armies. They eventually became part of the Roman road network, according to Culture Routes in Turkey.


Koltypin says vehicles caused the tracks, but not lightweight carts or chariots. Instead he suggests the ‘unknown antediluvian all-terrain vehicles’ were huge and heavy. 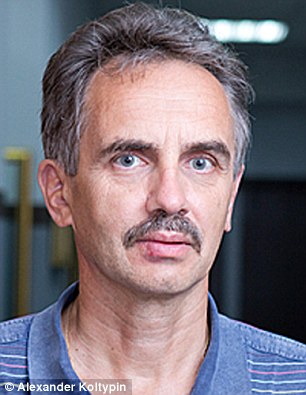 Koltypin and his colleagues have examined the rocky fields interlaced with deep grooves, and have suggested that it was indeed vehicles which caused the tracks, but not lightweight carts or chariots. Instead he suggests the “unknown antediluvian all-terrain vehicles” were huge and heavy. In addition, he dates them back to approximately 14 million years ago, and claims they were driven by an unknown civilization.


The geologist says the ruts are prehistoric without a doubt, due to the weathering and cracks observed.


“The methodology of specifying the age of volcanic rocks is very well studied and worked out,” Koltypin said.


He noted that the distance between each pair of tracks remains consistent and that the measurement fit that between the wheels of modern vehicles. However, the tracks are much too deep for today’s cars, raising more questions about what sort of transport device was being used. 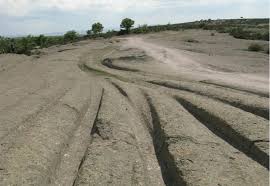 The deepest ruts are three feet (one meter), and on the walls of these ruts are horizontal scratches, appearing to have been left by the ends of axles poking out of ancient wheels.


Express reports that Koltypin believes the deep channels were cut into the soft, wet soil and rock due to the sheer weight of the large prehistoric vehicles. He says, “And later these ruts—and all the surface around—just petrified and secured all the evidence. Such cases are well known to geologists, for example, the footprints of dinosaurs were ‘naturally preserved’ in a similar way.”


Koltypin is aware that his claims are controversial but says mainstream academia will not address the subject matter as it will “ruin all their classic theories.”


“I think we are seeing the signs of the civilization which existed before the classic creation of this world. Maybe the creatures of that pre-civilization were not like modern human beings,” he said.


Very similar mysterious tracks exist in other locations of the world, notably in the Maltese archipelago. These ancient grooves continue to puzzle researchers. Some of the strange tracks of Misrah Ghar il-Kbir deliberately plunge off cliffs or continue off land and into the ocean. It is not yet known who made the tracks, or why.


Republished with permission. Read the original at Ancient Origins. More photos of the ruts can be seen on Dr. Koltypin’s website.