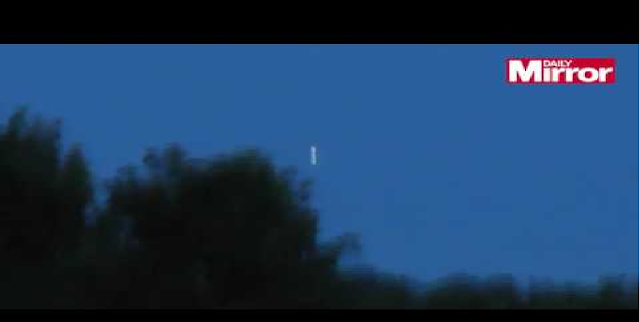 The 32-year-old man, who wished to remain anonymous, said he kept noticing the UFOs as he walked his dog through the hills near Great Shefford in Berkshire.
On Monday he decided to take a camera with him to capture the mysterious objects in a bid to discover what they were.


But after less than two minutes of filming the UFOs his camera suddenly died - despite being fully charged.