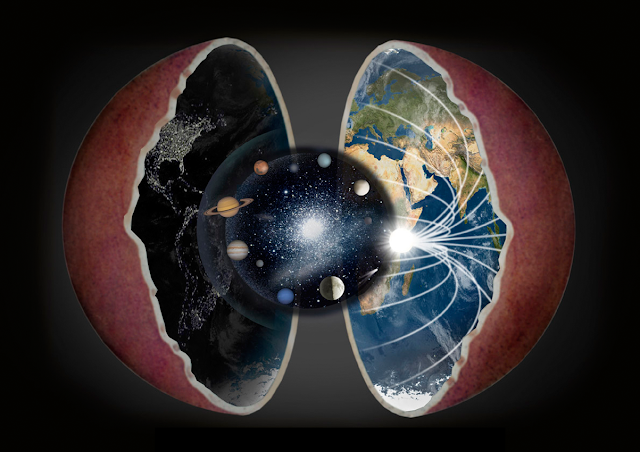 Two massive structures lie deep within the Earth, roughly on opposite sides of the planet. The two structures, each the size of a continent and 100 times taller than Mount Everest, sit on the core, 1,800 miles deep, and about halfway to the center of the Earth.
These structures are made of something different from the rest of Earth’s mantle.


“While the origin and composition of the structures are yet unknown, we suspect they hold important clues as to how the Earth was formed and how it works today”, said scientist Garneno of the Arizona State University. The discovery of these structures is published in Nature Geoscience.


“Earth is layered like an onion, with a thin outer crust, a thick viscous mantle, a fluid outer core and a solid inner core. The two structures, like giant blobs of rocks, sit in the mantle on top of Earth’s core, under the Pacific Ocean on one side and beneath Africa and the Atlantic Ocean on the other”, said Garneno. 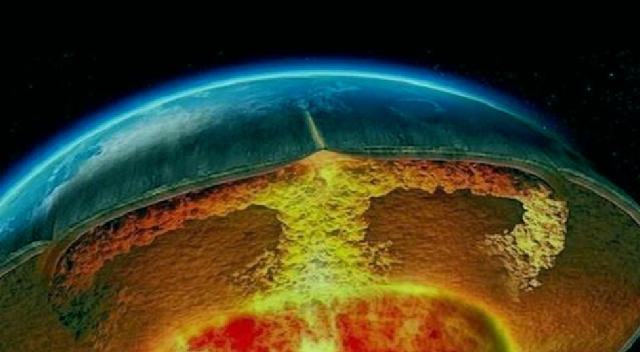 Besides this latest discovery, scientists have already found evidence of a vast water reservoir deep beneath the Earth’s surface, a reservoir of water three times the volume of all oceans while a group of scientists from Harvard University believe that they have identified a sign that an ancient part still exists within the Earth’s mantle.


With the latest discoveries and the on-going activities carried out by today’s researchers and scientists to unravel the secrets hidden deep inside the earth, the interest in the hollow earth theory is growing again.


According to the Hollow Earth Hypothesis, planet Earth is either wholly hollow or otherwise contains a substantial interior space.


The first idea of earth consisting of a hollow shell came from Edmond Halley in 1692. He said that the hollow shell is about 800 km thick, two inner concentric shells and an innermost core. Atmospheres separate these shells, and each shell rotates at different speed and it has its own magnetic poles. 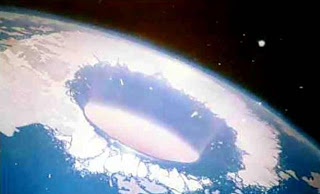 In 1818, John Cleves Symmes,Jr. suggested that the Earth consisted of a hollow shell about 1300 km (800 miles) thick, with openings about 2300 km (1400 miles) across at both poles with 4 inner shells each open at the poles. He proposed making an expedition to the North Pole hole but the new President of the United States, Andrew Jackson, halted the attempt.


In 1968 pictures taken by a satellite orbiting Earth clearly showed a gaping hole located at the North Pole.


In 1970, with support from the 1968 images that proved the existence of the hole at the North Pole, ufologist Ray Palmer was finally able to conclude that the hollow earth existed that it could probably be reached through the holes in the North and South poles. 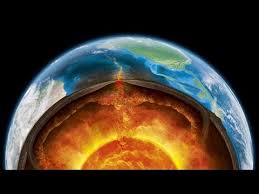 After several years of preparations, “The North Pole Inner Earth Expedition”, consisting of a team of researchers planned for a summer 2014 departure but some unexpected disasters befell the team, yet a key member died in a mysterious plane crash and another member completely vanished what makes you wonder if some powers were maneuvering against them.


Yet many other failed or blocked expeditions, yet The Thule Society, which was well known by Adolf Hitler, reported much about openings into the Earth. Even Hitler ordered a research journey for such an opening in Antarctica.


And so when you think that all the theories about the possibility of a world inside Earth could be nothing more than excessive imaginations, the scientists who have discovered the two deep-seated structures expect that further work on the these anomalies will help clarify the picture in the near future and without doubt they will discover more secrets hidden deep inside the earth and perhaps once they have to admit that “the hollow earth theory” is not a theory but a reality.