GREECE: A unique theatrical performance took place Saturday afternoon in the remnants of the ancient theater on the Cyclades isle of Delos, an uninhabited outcrop that nevertheless serves as one of the most stunning outdoor museums of antiquities in the country. 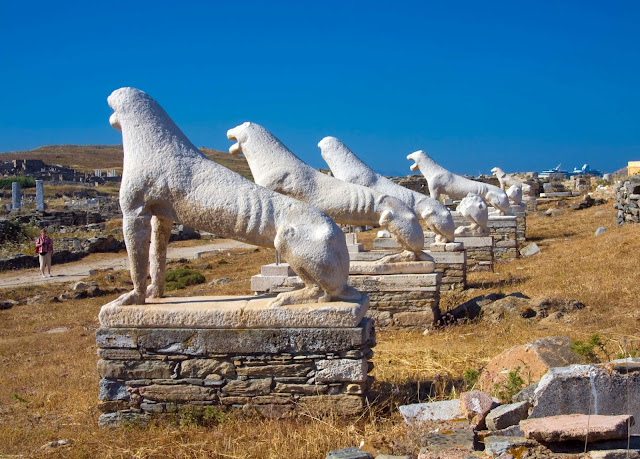 A troupe from the municipal theater company of Agrinio, a town in western Greece, staged “Hecuba, a Refugee on Delos”, fusing ancient playwright Euripides’ “Hecuba” and “The Trojan Women”, in a bid to update and link the dramas with the current refugee flows in the Aegean emanating from the Middle East and beyond.
According to the organizers and the archaeology service that oversees the significant archaeological site, which is only a short boat ride from the well-known island of Mykonos, the performance marks the first time in nearly two millennia that the lines of a play and acting will be seen and heard on what remains of the ancient theater. 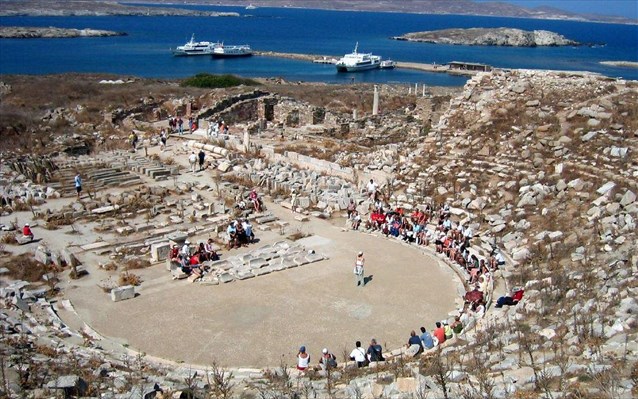 The performance was conducted in the afternoon daylight and with a very limited number of viewers.


During ancient times the Cyclades island of Delos was the flourishing center of Greek culture. Greece's most extensive archaeological site covers the entire island and since 1872 has been frequented by countless archaeologists. Greek legend has it that this now-deserted island was the birthplace of the gods Apollo and Artemis. Offering wonderful ocean views, the amphitheater dates back to the third century B.C. and accommodated around 5500 spectators. Not all of the island's temples were dedicated to Greek gods and a particularly well-preserved sanctuary of the so-called 'foreign gods' formed part of a beautiful temple that was dedicated to the Egyptian goddess, Isis. 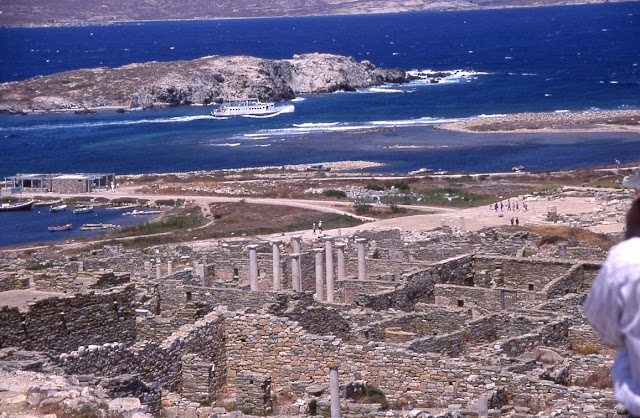 The lower plateaus on the western side of Kithos Hill contain numerous important cult sites. One of these sanctuaries was the center of the Hera Cult, the Archaic Heraion, that established itself in 500 B.C. Beautifully restored mosaics with the Phoenician symbol of the goddess Tanith decorate one of the most impressively furnished houses on the island, the House Of Dolphins. The island's ruins indicate its former cosmopolitan nature with its Egyptian, Italian, Phoenician and Jewish traders but due to the destruction of its buildings and the creation of new centers of trade elsewhere, Delos gradually became deserted.