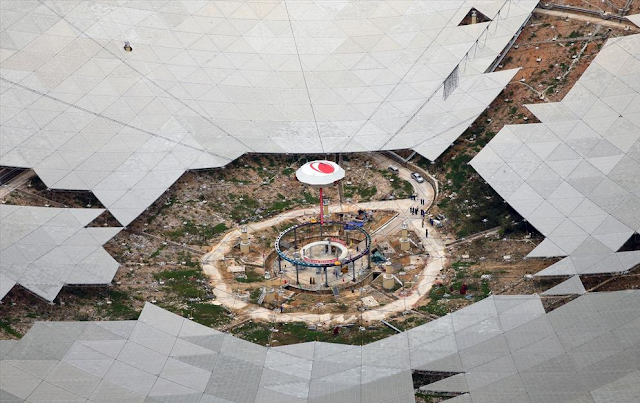 Construction of 500m diameter, 1.2 billion yuan (US$185mln) radio telescope began in 2011 and is on course to come online in September, when it will become the world's largest and most sensitive radio telescope.
FAST, viewing the universe by collecting radio frequency radiation, will be capable of detecting very weak signals from space, and could make contributions in areas such as large-scale physics of the universe and understanding the nature of dark matter. 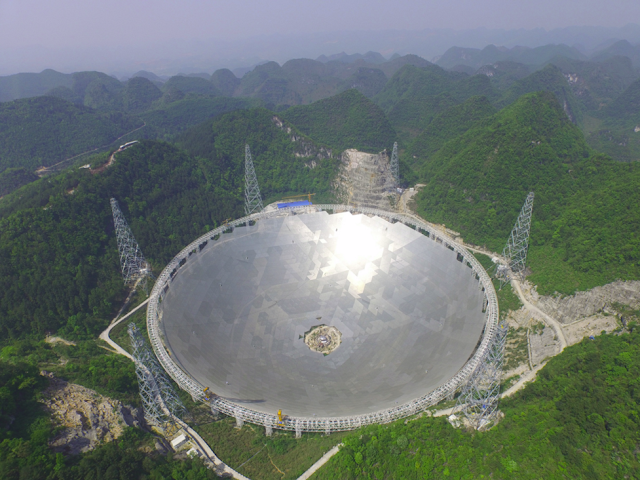 It will contribute to the international search for intelligent extraterrestrial life (SETI) and could also be used to track spacecraft involved in China's space program. 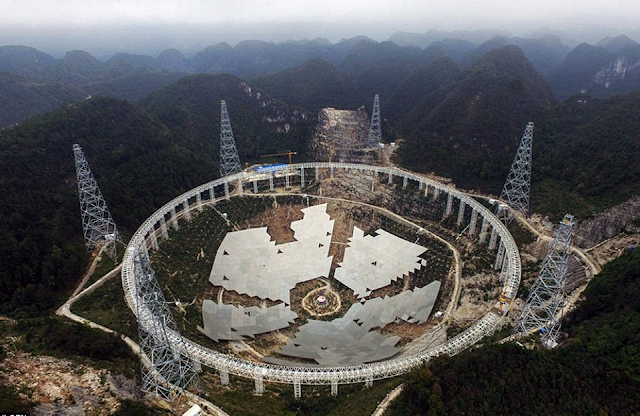 The 1.6km perimeter telescope consists of nearly 4,500 panels and has been constructed in a natural karst depression, providing shielding from electromagnetic disturbances.
It is also helpfully over five kilometers away from the nearest town, thus benefiting from a measure of "radio silence".

Eye on the sky 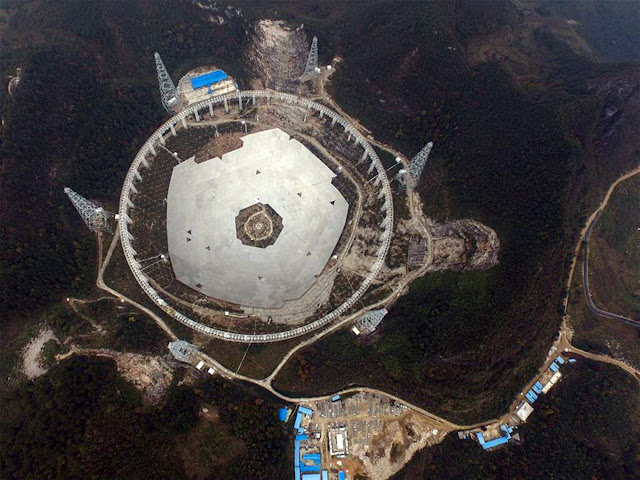 FAST's huge reflector is made up of 4,450 triangle panels measuring 11 meters on each side. A source cabin is suspended between 140 to 160 meters above the reflector dish,
The panels have cables fixed to the back, allowing computers to control them, providing an "active surface" that can alter the focal point. This will allow the reflectors to synchronize with the source cabin and enable FAST to receive signals from different directions.
"If you compare the FAST to an eye, then the feed source is its retina," Sun Caihong, a chief engineer with the FAST program, told Xinhua. "All signals we collect eventually come here."


Sun said control of high-precision and long-distance movements of the source cabin using steel cables had been a serious challenge for experts, but they managed to narrow down maximum error to less than 10 millimeters.

Its design is similar to the 305-metre Arecibo Observatory in Puerto Rico, the future of which is uncertain.