Who was Leonidas of Rhodes, who Phelps surpassed in Rio 2016?

Leonidas of Rhodes has 12 individual wins in 4 successive Olympic Games!

Phenomenal US swimmer Michael Phelps has broken a record standing since the inception of the Olympics in ancient Greece over 2,000 year ago. Phelps surpassed the legendary Leonidas of Rhodes, who held 12 individual medals since 152 BC! Leonidas took part in four successive Olympic Games 164 BC, 160 BC, 156 BC and 152 BC and managed to win three different foot races in each of these Games.
An athlete who won three events at a single Olympics was known as a triastes, or tripler. There were only seven triastes and Leonidas is the only one known to have achieved the honor more than once. 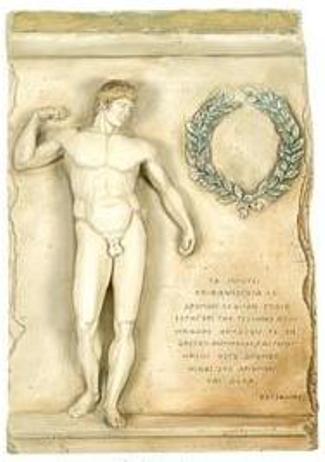 Remarkably, he was 36 when he did it on the fourth occasion – five years older than Phelps is today. Leonidas took first spot in the events of station, a 200m sprint; the dials, a 400m race; and the longer hoplitodromos, or the race in armor. The last race required athletes to run in navy battle gear, probably made up of a helmet, a breastplate, shin armor and a shield made of wood and bronze. “He broke through the distinction between sprinters and endurance athletes,” says Paul Cartledge, professor of classics at the University of Cambridge. The race in armor had not previously been considered suitable for sprinters (the Olympiads had already been going for a few centuries). 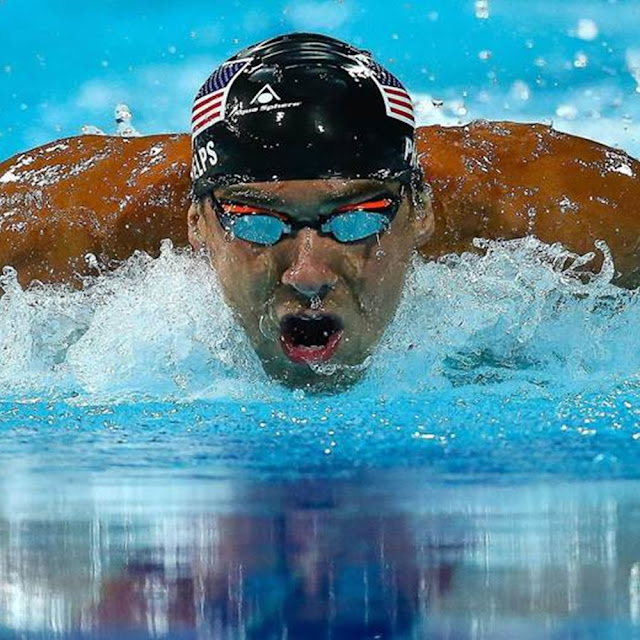 “They were running in armour, the temperature would be 40C. The conditions were fantastically unpleasant, requiring completely different muscles and gymnastic skills.”


Cartledge says there is little information about who Leonidas was, but his name is derives from the world ‘lion’ suggesting he was a man of great power and distinction. “He’s probably an aristocrat, probably wealthy, probably from an athletic family”, Cartledge says. He was also venerated in ancient Greek literature. Pausanias described him as “the most famous runner”. In the 3rd Century, Philostratus the Athenian wrote in his Gymnastikos that Leonidas’s versatility disproved all received wisdom about athletic training and body types. 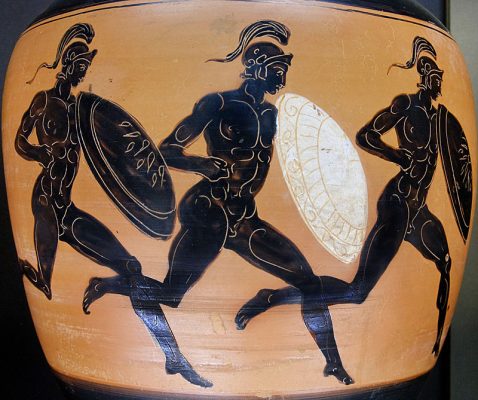 A statue of him in Rhodes displayed the legend: “He had the speed of a God.” Quite a reputation for Phelps to live up to.
source