Late July, 2016 – around July 28 or 29 – presents the nominal peak of the Delta Aquarid meteor shower, but this rambles along steadily from about July 12 to August 23 each year. 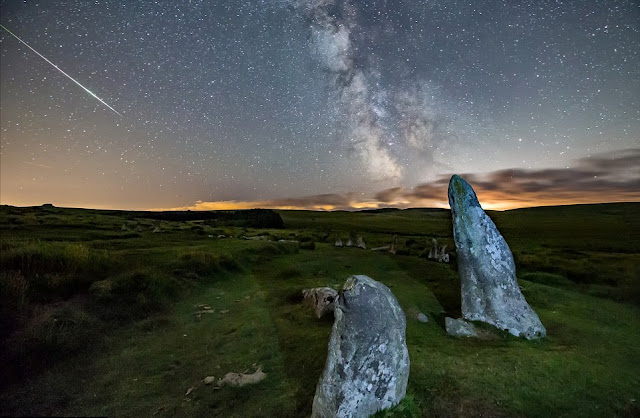 The new moon in early August 2016 means lovely waning crescent moons in the optimum predawn hours in late July, and dark skies throughout most of the night all through the first week of August 2016. 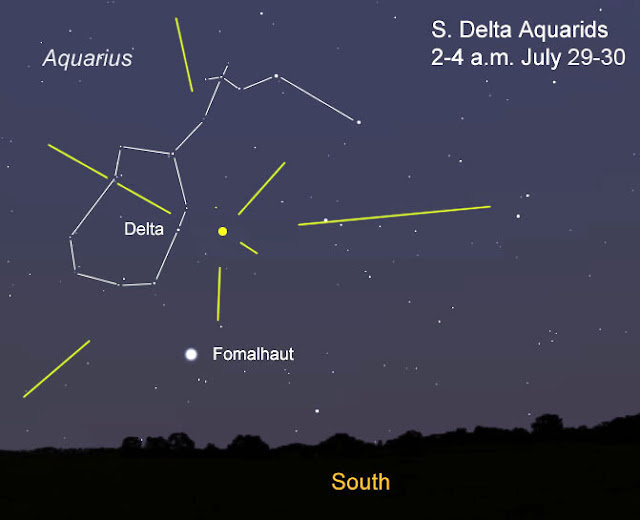 This shower overlaps with the more famous Perseid meteor shower, which in early August is rising to its peak (this year on the mornings of August 11, 12 and 13). Those who observe the Perseids are likely to see some Delta Aquarid meteors flying on the same nights.