A strange mysterious creature was recently caught on tape by an eagle cam located in northern Michigan. 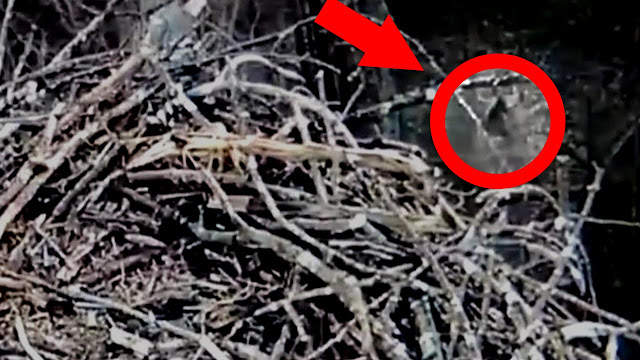 At first the creature appears to simply be a bear, however many people have been left dumbfounded when the bizarre creature is seen walking on two legs.
There has been controversy on what the video depicts with some claiming it shows a real Bigfoot caught on tape, others saying it shows a legendary creature known as the Goatman, and some saying it's just a bear.
What do you think?