US NAVY sent to explore ALIEN MEGASTRUCTURE in Atlantic Ocean !!! 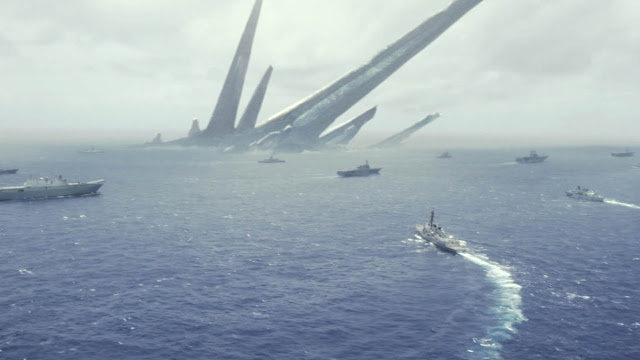 In Invisible Residents: The Reality of Underwater UFOs (1970), renowned zoologist, Ivan T. Sanderson hypothesized that an advanced aquatic non-human civilization may have evolved right here on the Earth.
This parallel, aquatic civilization could be twice as old as mankind, Sanderson proposes, and may well have developed space flight long before us. Sanderson even goes as far as suggesting that such a civilization could be behind many of the mysterious disappearances in the Bermuda triangle as well as UFO sightings. Interestingly, more recently Sanderson’s ideas have been echoed somewhat in Mac Tonnies’ last book before his untimely passing in 2009, "The Cryptoterrestrials".


While the ETH, or extraterrestrial hypothesis, has become synonymous with the UFO phenomenon in popular culture, many serious UFO researchers give the cryptoterrestrial hypothesis equal kudos.
There are plenty of USO (Unidentified Submerged Object) reports and many UFO sightings where an object is seen over water, so who knows? And as the saying goes, we arguably know less about the deep ocean than we do about the Moon or Mars.