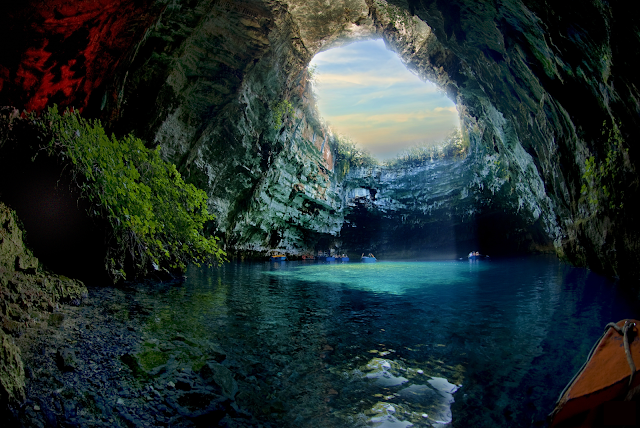 Though this is small in size, this is considered as one of the most amazing and most beautiful spots in the world.
The cave is surrounded by forests, while a mountain slope is located to the west.

It really looks fantastic, with a turquoise lake and the dense forest around the cave. 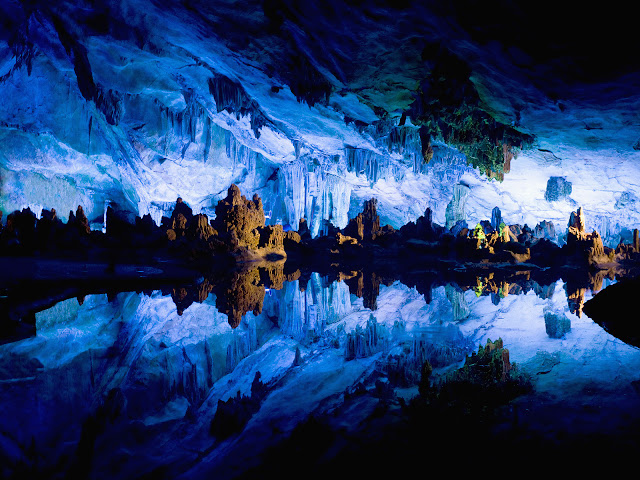 This massive underground cave was formed around one thousand years ago when the ceiling of a huge cave system broke down and tumbled in the sea beneath it uncovering the clear blue waters on the wonderful sunlight above.
The underground Melissani Lake was discovered in 1951 by speleologist Giannis Petrochilo however the entry as we see it at this time wasn’t built until 1963 once the cave was exposed to the general public and started to be one of the primary vacation attractions around the island of Kefalonia. 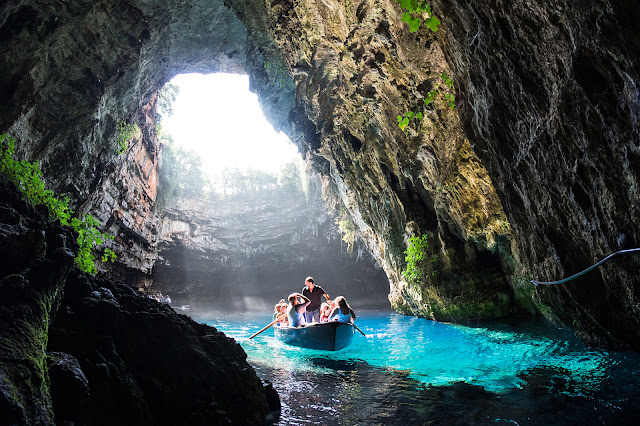 The lake water is brackish, a mixture of sea water and sweet water. The cave is about 500m from the sea and the water level is a meter higher than sea level. The brackish water rises from a 30m deep cave system on one side of the cave and flows to the other end of the cave.
Entrance of the cave covered with green plants.
The cave is 100 meters long and the lake takes about one third of its length. 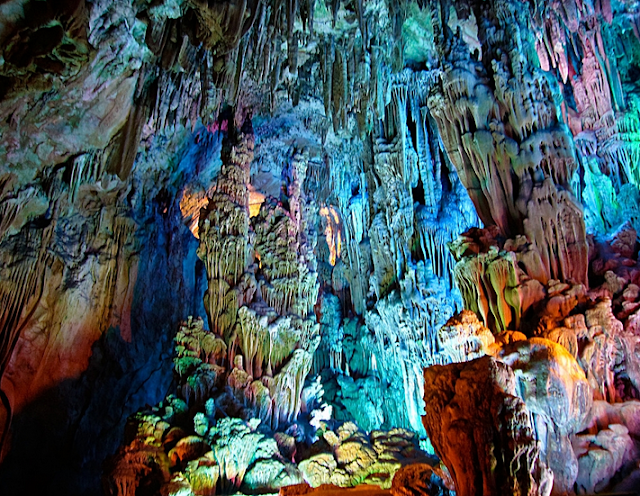 Melissanthi cave constitutes a unique geological phenomenon. It was created by a mechanical and chemical process called karstikopoiisi (dissolution of rocks) during which water enters the calcareous rocks, erodes them and creates hollows.
During antiquity the lake was a place of worship dedicated to Pan and Nymph Melissanthi. Myths mention that Melissanthi committed suicide and fell in the lake because Pan was not responding to her love for him. 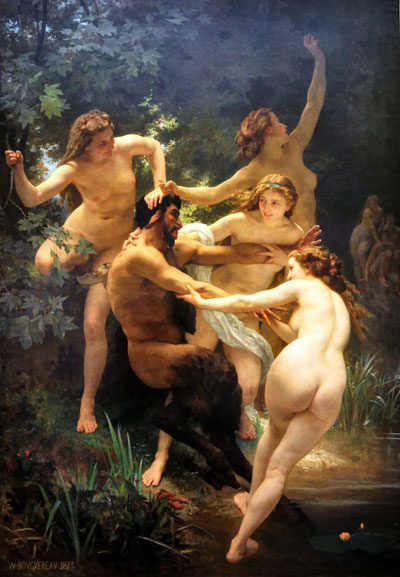 The lake includes also an islet on which archaeologist S. Marinatos discovered Pan’s sanctuary. The findings are at present in the Archaeological Museum of Argostoli. These findings include a clay figure of Pan, a clay disc depicting dancing nymphs, a clay plate depicting the procession of nymphs and a small plate with a woman figure relief. 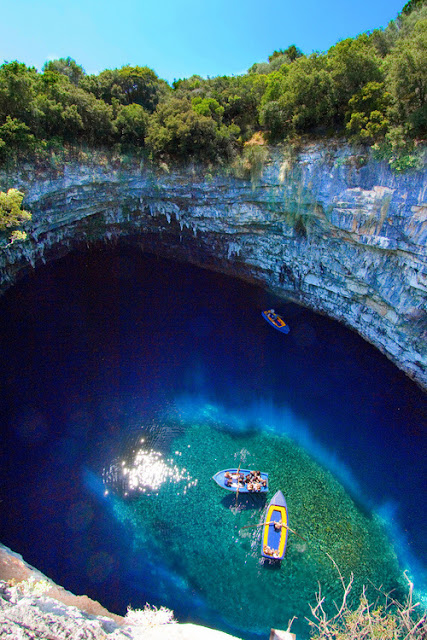 Visitors reach the lake by an underground tunnel and have the opportunity to explore it with a boat and a guide. Therefore, they can admire this unique natural work of sculpture created by the stalactites and the crystal blue-green color of the waters. 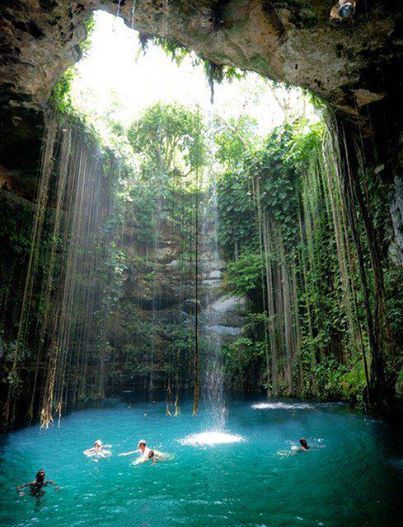 The cavern, once two big chambers, caved in several thousand years ago. Today the cave has the shape of a ‘B’, with two big water filled halls and an island in the middle. The first hall has a big oval opening to the surface where the sunlight shines in. The second is a huge cavern with an arched roof and numerous stalactites and stalagmites created more than millions of years producing your trip over the lakes spectacular.
The best time to visit the cave is in the middle of a bright sunny day. Tours are done by boats that take you on a trip through both halls. 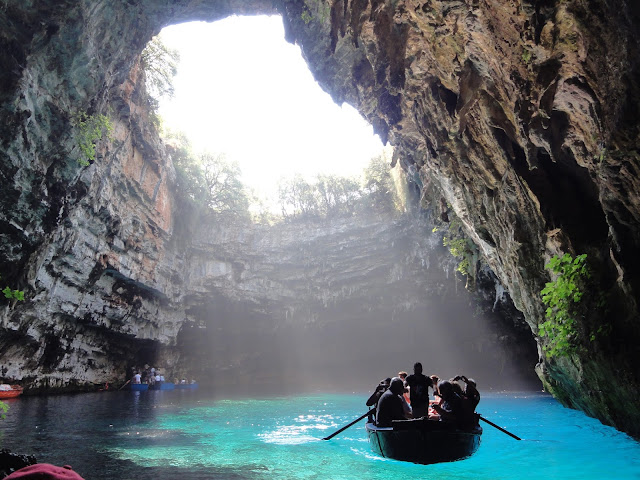 Each traveler visit is taken by fishing-boat with a guide. It’s usually a small gondolier or rowing boat that will take around four people through the cave having a guide using a rope to haul the boat across the lake.