The Ancient Lost City of Kalahari


It is believed that the ruins of ancient cities lie beneath the sands of the Kalahari Desert and they must be very old.


This time our journey takes us to South Africa where we look for traces of the lost ancient city of Kalahari. 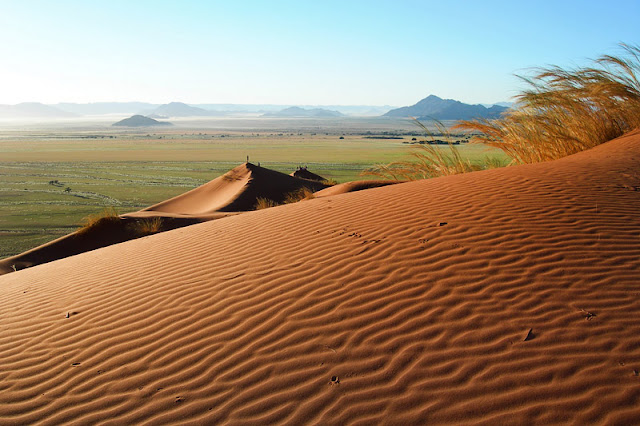 There are several legends of lost city in the Kalahari Desert in southwestern Africa.


Did the city ever exist or will this ancient place remain an unsolved enigma or can some of the mysterious ruins discovered in the desert shed more  light on the story?
The Kalahari Desert is a large semi-arid sandy savannah in southern Africa extending 900,000 square kilometers, covering much of Botswana and parts of Namibia and South Africa.


The Kalahari has a total extent of about 850,000 square kilometers (350 000 square miles) and the word Kalahari means “dry, waterless place”.
For more than a century there have been rumors relating the existence of a massive city, covered by the sands of the Kalahari.
According to the Bushmen and Hottentots (now called Khoi Khoi)living in this region, once upon a time there was city here that were not built by them, but by an ancient civilization.
The building of the city had never been completed, and it was still possible to unearth tools from the debris. Mysterious ruins were apparently to be found in different parts of the Kalahari, even north near the Caprivi Strip and Ovamboland.


There are some interesting accounts of the lost city of Kalahari.
In 1885, the Canadian Guillermo Farini (pseudonym of William Leonard Hunt) was one of the first westerners to cross the unexplored portion of the Kalahari.
While looking for diamonds he encountered strange ancient ruins that convinced him he had located the lost city of Kalahari.
On his return to Europe, he published a book, “Through the Kalahari Desert”, detailing his experiences which included descriptions of unusual rock formations which he believed to be ruins of hitherto unknown buildings. 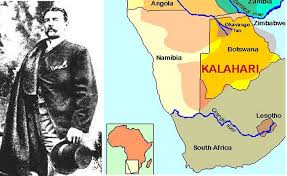 Who constructed these buildings? What happened to this ancient civilization?
Dr. Gustav Prelude, a well-known historian, reported that a party of Khoi Khoi in the Kalahari who had camped near his expedition had told him of a terrible drought and of large ruins somewhere to the north, and expressed their willingness to lead him there once the rains had fallen. The Khoi Khoi also claimed that precious stones had been found in the desert farther north.
In an article “Vanished City of the Kalahari” published by Atlantis Rising magazine, David Hatcher Childress writes that “Farini described the megalithic city as a long line of stone laid out in the shape of an arc and resembling the Chinese Wall after an earthquake.
The ruins were quite extensive, partly buried beneath the sand at some points, and fully exposed to view in others.
They could be traced for nearly a mile, and consisted mainly of huge flat-sided stone.
In some places the cement was in perfect condition and plainly visible between the various layers of the heaps.


The top row of stones was weathered and abraded by the drifting sand.
Some of the uppermost stones were grotesquely worn away on the underside so that they resembled a small center table supported by a short leg.
In his Royal Geographical Society report he described the stones as cyclopean. Heaps of masonry, each about eighteen inches high, were spaced at intervals of about forty feet inside the wall. The heaps were shaped in the form of ovals or obtuse ellipses; they had flat bases and were hollowed out at the sides for about twelve inches from the edge. Some of them consisted of solid rock, while others were formed from one or more pieces of stone accurately fitted together. Where they had been protected from the sand the joints were perfect. Most of the heaps were more or less covered with sand, and it took his local guides almost a day to uncover the largest of them.”
The following day, with no assistance from his guides, who apparently felt it was all a waste of time, Farini and his companions dug the sand away from the middle arc and exposed a pavement structure built of large stones. The pavement was about twenty feet wide, and so designed that the longer, outer stones were laid at right-angles to the inner ones. 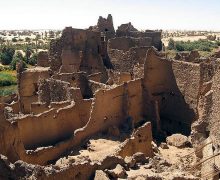 A similar pavement intersected it at right angles, and the whole structure resembled a Maltese cross.
Farini visualized an altar, column or some other kind of monument at the intersection of the two pavements. The remains of the base, which were clearly visible at the junction of the pavements, consisted of loose pieces of fluted masonry. There were no inscriptions or markings of any kind. He concluded that the ruins were probably thousands of years old, and they must be of a city, a place of worship or the burial ground of a great nation. Lulu sketched the ruins and took several photographs.
Farini composed this poem for his lost city:
A half-buried ruin – a huge wreck of stones
On a lone and desolate spot;
A temple – or a tomb for human bones
Left by men to decay and rot.
Rude sculptured blocks from the red sand project,
And shapeless uncouth stones appear,
Some great man’s ashes designed to protect,
Buried many a thousand year.
A relic, may be, of a glorious past,
A city once grand and sublime,
Destroyed by earthquake, defaced by the blast,
Swept away by the hand of time.

In time, Professor J. Clement became interested in the lost city of Kalahari and researched the story. His conclusion was that Farini had never discovered any lost city. All he had found were just natural formations. Later, Clement finally concluded that Farini lost city must actually lie near the small town of Mier, now called Rietfontein.
In his book, Clement wrote “Like all legends, that of the Lost City will be a long time a-dying, and doubtless there will still be some who are disinclined to let the matter rest in spite of all the contrary evidence.
And possibly this is just as well, for there is something rather sad about the destruction of a legend.”

Clement was convinced that Farini’s city was a natural formation. He could not conceive of a cyclopean structure in the Kalahari that was not natural. He said that “the climatological history of the Kalahari does not appear to have undergone any marked change for several thousand years, and it is obvious that no settlement of the size indicated by Farini could exist without perennial rivers or lakes in the vicinity. And, suitable conditions for the establishment of a city cannot have existed along any of the river courses for tens of thousands of years. Furthermore, if the age of the Lost City is assessed in relation to Zimbabwe and the ancient ruins of Persia, it is impossible to conceive of any in the Kalahari having been built more than 15,000 years ago.”


Childress continues by pointing out that “Farini had traveled a great deal in Europe and the Mediterranean and had probably seen cyclopean walls in the Peloponnese in Greece or at Abydos or the Valley Temple of Chephren in Egypt. Farini’s lost city is probably just as he believed it to be, a cyclopean structure from another era, destroyed in a cataclysmic shift of the earth’s crust, possibly 15,000 years ago, but probably more recently, such as about 10,000 years ago. It has been suggested that a shift of the earth’s crust about this time sent Africa moving to the south, causing a huge tidal wave to wash over all of Southern Africa. 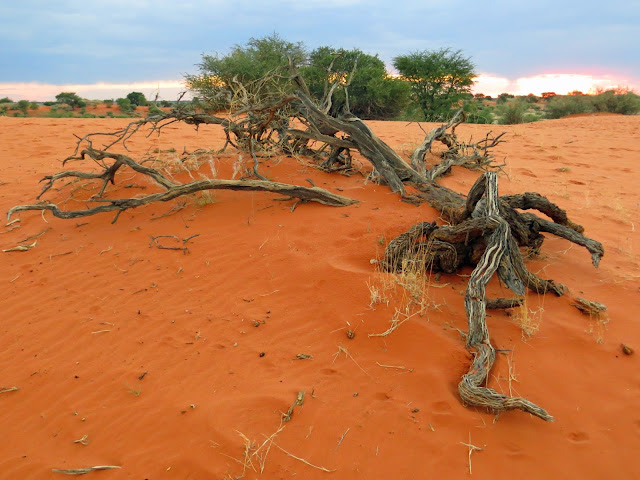 Any cities, such as Farini’s would have been destroyed and depopulated during such an event. Farini was also a Mason, and, depending on his initiatory status within the Masons, had probably been exposed to the Masonic beliefs in Atlantis, cataclysms, Mystery Schools and such. His poem about the city indicates as much. Other clues to the non-natural origin of the rocks can be found in photos taken both by Clement and Farini.
The rocks are all neatly squared and the lines of masonry are parallel and at right angles. Some igneous formations such as basalt do indeed crystallize in regular patterns, but not like the dolerite rocks at Rietfontein. The final proof is Clement’s own photo of one of the massive blocks with a series of four parallel, horizontal grooves on it.
Was it an ancient city? Was it natural? Was this what Farini had found? There seemed no clear answer to any of these questions.”
Many expeditions were launched the goal to locate the lost city of Kalahari. So far no-one has been able to find this mysterious place… The lost city of Kalahri remains an ancient unsolved enigma.