Astronomers engaged in the Search for ExtraTerrestrial Intelligence (SETI) are training their instruments on a star around 94 light years from Earth after a very strong signal was detected by a Russian telescope. 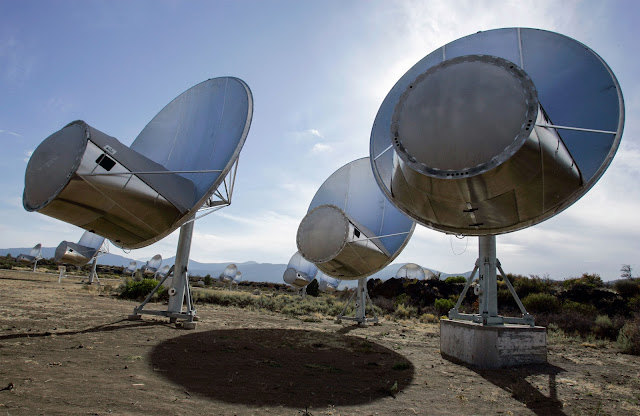 An international team of researchers is now examining the radio signal and its star, HD 164595 -- described in a paper by Italian astronomer Claudio Maccone and others as a "strong candidate for SETI" -- in the hopes of determining its origin.

"The signal from HD 164595 is intriguing, because it comes from the vicinity of a sun-like star, and if it's artificial, its strength is great enough that it was clearly made by a civilization with capabilities beyond those of humankind," astronomer Douglas Vakoch, president of METI International, which searches for life beyond Earth, tells CNN.


Whenever a strong signal is detected, "it's a good possibility for some nearby civilization to be detected," Maccone tells CNN.


But experts say it is highly unlikely to be a message from alien beings.


"Without corroboration from an independent observatory, a putative signal from extraterrestrials doesn't have a lot of credibility," Vakoch says.

Paul Gilster of the Tau Zero Foundation, which conducts interstellar research, said that if the signal was artificial, its strength suggested it would have to come from a civilization more advanced than our own.


Such a civilization would likely be Type II on the Kardashev scale, an attempt by the Soviet astronomer of the same name to categorize various technological stages of civilizations.


"The Kardashev scale is based basically on the energy that that civilization might be able to funnel for its own use," says Maccone.


At present, our own species is somewhere near Type I on the scale, whereby a civilization is able to harness all the energy available to it on its own planet, including solar, wind, earthquakes, and other fuels. 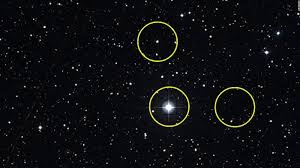 A Type II civilization would be able to harness the entirety of the energy emitted by its star, billions of billions of watts.


Doing so would require a colossal undertaking, likely the construction of some kind of superstructure, such as a giant sphere or swarm of super-advanced solar panels popularized by astronomer Freeman Dyson that could catch and store all radiation put out by the sun.


Scientists believe superstructures are probably our best chance of detecting alien life unless they are actively trying to communicate with us.


A Dyson sphere was one of the solutions suggested to the peculiar light fluctuations detected around Tabby's Star, which caused great excitement when they were detected last year.


Maccone is working on developing an alternative mathematical measure of how advanced civilizations are, based on the amount of knowledge and information available to them, that "might help us in the future classify alien civilizations" that we detect.


Dimming star remains mystery, but it's likely not caused by comets. 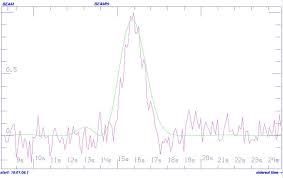 In a statement, Seth Shostak, a senior astronomer with the SETI Institute, said that "it's hard to understand why anyone would want to target our solar system with a strong signal."


"This star system is so far away they won't have yet picked up on any TV or radar that would tell them that we're here," he added.


METI International will be observing the star from the Boquete Optical SETI Observatory in Panama, Vakoch says, "searching for any brief laser pulses that might be sent as a beacon from advanced extraterrestrials."


So far, the team has not found any signals to match those originally detected by the Russian telescope, but Shostak notes that "we have not yet covered the full range of frequencies in which the signal could be located."


"A detection, of course, would immediately spur the SETI and radio astronomy communities to do more follow-up observations."


According to Vakoch, "if this were really a signal from extraterrestrials, we'd want to survey the target star across as much of the electromagnetic spectrum as we could." 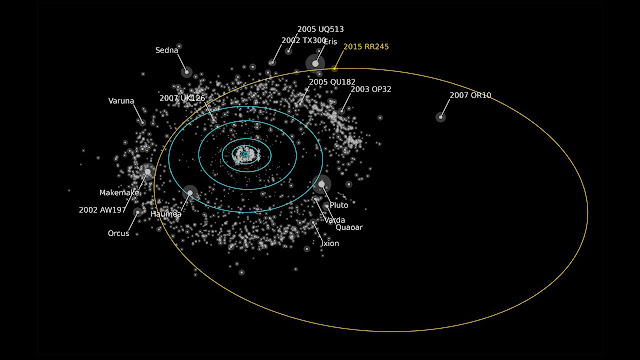 So is it aliens?

Probably not, says Vakoch, pointing to potential technological interference or amplification through gravitational lensing, where a signal behind a planet or other large object appears to be far stronger than it actually is, as potential causes.


Maccone says gravitational lensing is "an important possibility that should be taken into account for future SETI research."


"We should learn how to discriminate that against real extraterrestrial signals," he added.


Vakoch says "the greatest limitation of the May 2015 signal is that it hasn't been replicated. Before we can give any credence to a signal as coming from extraterrestrials, we need to see it repeatedly to make sure it wasn't just a transient phenomenon."


"It deserves at least a few hours of observing time by SETI researchers at other locations to make sure we don't miss an opportunity to make first contact, however remote."


If it does prove to be transient and unexplained, HD 164595 could become another "Wow! Signal," frustratingly tantalizing and mysterious in equal measures.


Shostak writes that "of course (it's) possible" the signal could be from an extraterrestrial civilization, but without confirmation, "we can only say that it's 'interesting'."