'New Stonehenge' was made of WOOD: Vast 4,500-year-old timber circle may have been erected to commemorate the builders of its famous neighbor. 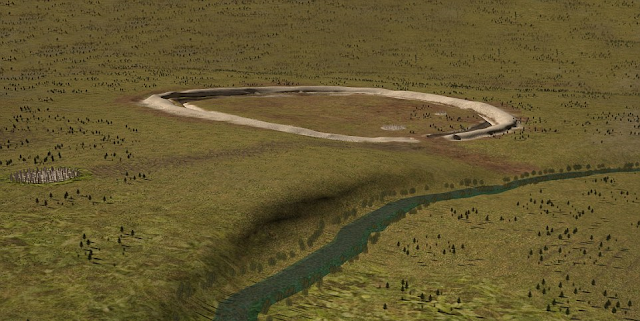 Radar surveys of Durrington Walls in Wiltshire had indicated a hidden stone circle buried underground.
The one mile long earthworks were thought to have contained 90 stone monoliths knocked on their sides 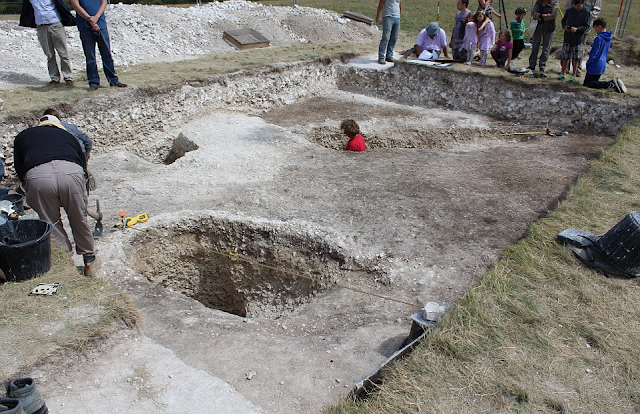 It was thought to be a vast prehistoric stone monument that would have once dwarfed the mighty Stonehenge.


But excavations at a 4,500-year-old 'superhenge', believed to hold more than 90 stones hidden underground, has failed to find any evidence of rock monoliths at all.


Instead, experts now believe the Neolithic monument in Wiltshire had been created using huge wooden posts that were sunk into the ground.


Archaeologists had initially believed the site hid a series of stones up to 15ft long lying on their side that had become buried beneath a vast earthwork. 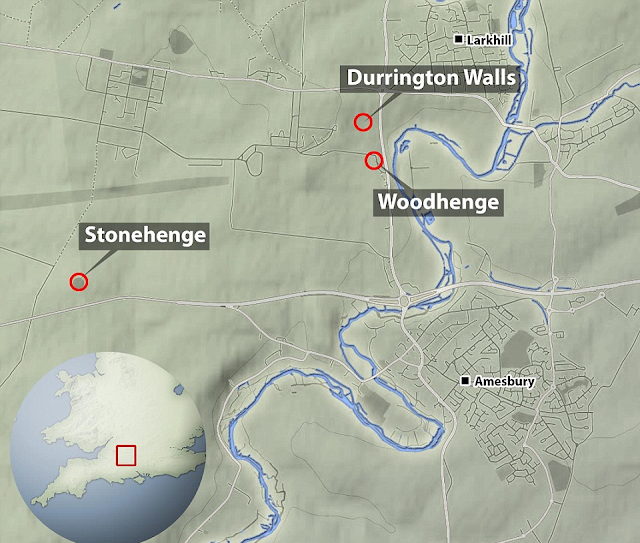 Ground penetrating radar had revealed 'anomalies' that were believed to be the stones dotted around the huge site.


But after excavating two of these, the researchers instead found huge pits that appear to have once contained timber posts.


Dr Nicola Snashall, an archaeologist with the National Trust who has been working on the site, told Mail Online: 'We are certain we do not have any stones.


'What we have instead are at least 120 pits that were created to take great big timber posts.


'We think there may have been as many as 200 or even more as we have some gaps in the ground penetrating radar data.'


The site, which is just outside Durrington, Wiltshire, is believed to have once been a large Neolithic settlement to house the builders of Stonehenge less than two miles away.


Previous excavations on the site have revealed seven houses and it has been suggested up to 4,000 people could have lived within the village.


But Dr Snashall said the settlement appears to have been 'decommissioned' after around 10-12 years of being in use.


It was after this that the timbers were set up around the site in a vast ring. 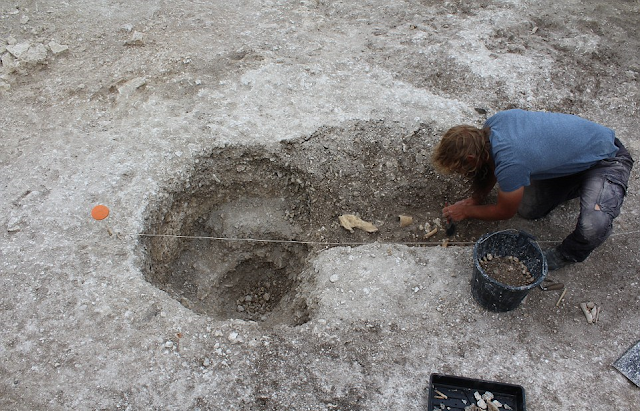 They appear to follow the line of what is now a huge earthwork known as Durrington Walls.


Last year, radar scans by the Ludwig Boltzmann Institute at Birmingham University revealed what appeared to be up to 90 standing stones, which may have originally measured up to 15 feet (4.5m) tall, lying on their side under the massive bank of Earth.


The new excavations, however, how suggest this henge was originally constructed from wood rather than stone. The new research has been led by the Stonehenge Hidden Landscapes Project, the Stonehenge Riverside Project and the National Trust.


DID STONEHENGE START LIFE AS A CEMETERY?


A recent study by archaeologists, however, has suggested the imposing stone circle may have initially been used as a cremation cemetery for the dead.

Charred remains discovered on the site were unearthed in holes - known as the Aubrey Holes - that have been found have to once held a circle of small standing stones.


Fresh analysis of the burned bones has revealed they were buried in the holes over a period of 500 years between 3,100BC and 2,600BC.


During this time the enormous sarsen trilithons, many of which still stand today, were erected.


But after 2,500 BC, the people who used Stonehenge appear to have stopped cremating and burying human remains in the stone circle itself, instead burying them in a ditch around the periphery.


This, according to Professor Mike Parker-Pearson, an archaeologist at University College London, and his colleagues, suggests there was a shift in the cultural significance of Stonehenge around this time.


They argue that it later became a place to revere long-dead ancestors who had been buried on the site.
source
Αναρτήθηκε από ΕΛ