No, it’s not YET ANOTHER conspiracy theory, Armageddon propaganda or end-of-the-world story, but it seems that NASA is worried about the 500-meter Asteroid which is why the Space Agency will send a probe to visit the potential Armageddon asteroid and study it in detail. 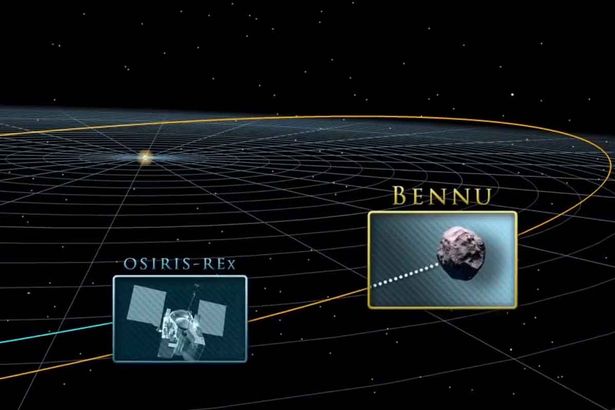 If the Asteroid impacts Earth, it would be similar to setting off 3 BILLION tons of explosive.
An asteroid named Bennu which can be seen from Earth as it crosses our orbit every six years could potentially cause ‘Immense Suffering and Death’, and NASA is planning to build a space probe in order to collect rock samples from the Asteroid in fears it may collide with our planet.


The asteroid which is around 500 meters in diameters and traveling around the sun at 63,000 miles-per-hor will pass between the Earth and the moon in the year 2135.


“That 2135 fly-by is going to tweak Bennu’s orbit, potentially putting it on course for the Earth later that century,” Dante Lauretta, professor of planetary science at Arizona University, told The Sunday Times


“It may be destined to cause immense suffering and death,” he added.


While researchers will have a hard time prediction how close the approach of the asteroid between the Earth and the moon will be and how much its orbit will be affected by the fly-by near Earth, Lauretta estimates that it COULD SHIFT the asteroid onto a COLLISION course with Earth. 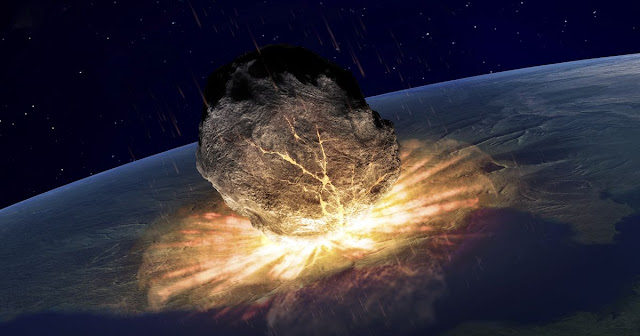 The OSRIS-Rex space probe is set to launch in September and land on the asteroid in 2018. According to researchers, it will spend one year on the surface of Bennu, and it will collect samples of rock before heading back to Earth in 2023.


If the Asteroid impacts Earth, it would be similar to setting off 3 BILLION tons of explosive.


If the mission goes through successfully, it will be the FIRST to visit an asteroid and return with samples to Earth.


According to Lauretta, samples from the asteroid could provide ‘vital data for future generations’.


In order to pick up a sample and head back to Earth, the spacecraft will ‘hover’ over a targeted area where it will lower itself at 10 centimeters per second and will remain in touch with the surface for only five seconds, while it vacuums the target area collecting samples from the asteroid.


Scientists will take advantage of the asteroid-visiting mission and study the building blocks of life by researching the minerals located beneath the surface of Bennu.

Hopefully, this isn’t anywhere similar to the story of the movie Armageddon, but if it is, will someone please gather the boys and girls from the film and give Bruce Willis a call?