Mystery object in weird orbit beyond Neptune cannot be explained

“I hope everyone has buckled their seat belts because the outer solar system just got a lot weirder”. That’s what Michele Bannister, an astronomer at Queens University, Belfast tweeted on Monday. 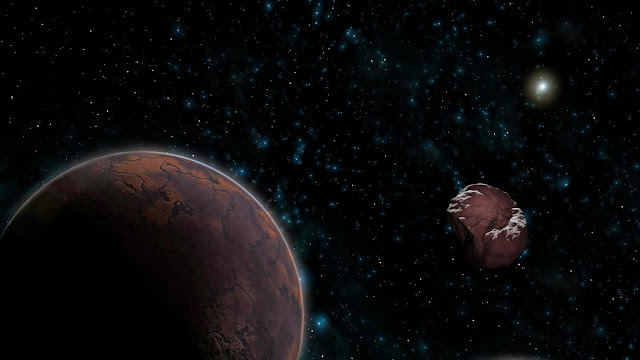 She was referring to the discovery of a TNO or trans-Neptunian object, something which sits beyond Neptune in the outer solar system. This one is 160,000 times fainter than Neptune, which means the icy world could be less than 200 kilometers in diameter. It’s currently above the plane of the solar system and with every passing day, it’s moving upwards – a fact that makes it an oddity.
The TNO orbits in a plane that’s tilted 110 degrees to the plane of the solar system. What’s more, it swings around the sun backwards unlike most of the other objects in the solar system. With this in mind, the team that discovered the TNO nicknamed it “Niku” after the Chinese adjective for rebellious.


To grasp how truly rebellious it is, remember that a flat plane is the signature of a planetary system, as a star-forming gas cloud creates a flat disk of dust and gas around it. “Angular momentum forces everything to have that one spin direction all the same way”, says Bannister. “It’s the same thing with a spinning top, every particle is spinning the same direction”. 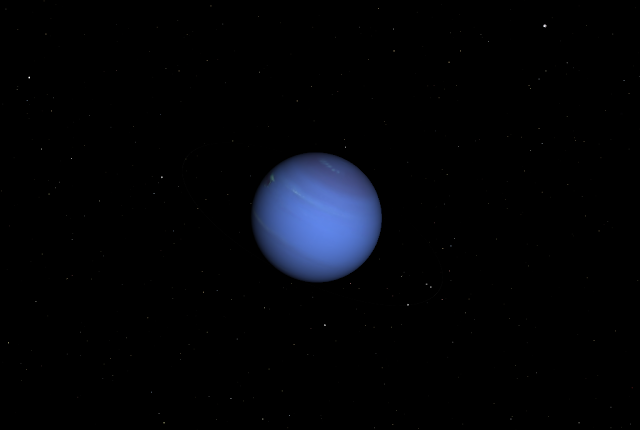 That means anything that doesn’t orbit within the plane of the solar system or spins in the opposite direction must have been knocked off course by something else. “It suggests that there’s more going on in the outer solar system than we’re fully aware of,” says Matthew Holman at the Harvard-Smithsonian Center for Astrophysics, part of the team that discovered Niku using the Panoramic Survey Telescope and Rapid Response System 1 Survey (Pan-STARRS 1) on Haleakala, Maui.
And it’s the unknown that excites astronomers. “Whenever you have some feature that you can’t explain in the outer solar system, it’s immensely exciting because it’s in some sense foreshadowing a new development,” says Konstantin Batygin at the California Institute of Technology.

He should know – Batygin was one of two astronomers who earlier this year announced that the presence of another highly inclined group of objects could be pointing toward a large undiscovered world, perhaps 10 times as massive as Earth, lurking even further away – the so-called Planet Nine.
Upon further analysis, the new TNO appears to be part of another group orbiting in a highly inclined plane, so Holman’s team tested to see if their objects could also be attributed to the gravitational pull of Planet Nine.
It turns out Niku is too close to the solar system to be within the suggested world’s sphere of influence, so there must be another explanation. The team also tried to see if an undiscovered dwarf planet, perhaps similar to Pluto, could supply an explanation, but didn’t have any luck. “We don’t know the answer”, says Holman. 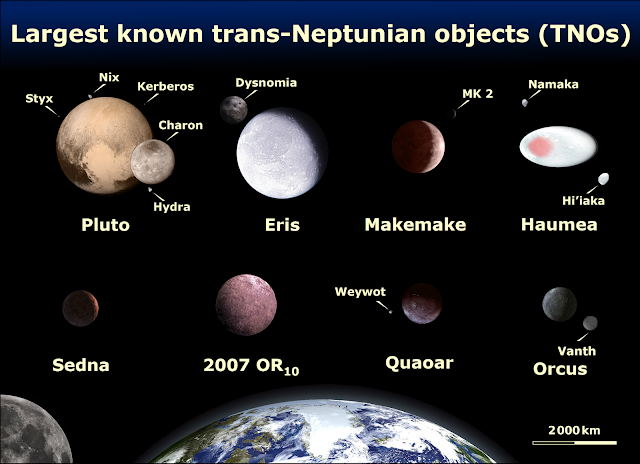 Bannister couldn’t be more thrilled. “It’s wonderful that it’s so confusing,” she says. “I’m looking forward to seeing what the theoretical analysists do once they get their hands on this one.”


But Batygin isn’t jumping up and down just yet. “As they say in the paper, what they have right now is a hint,” he says. “If this hint develops into a complete story that would be fantastic.”
source
Αναρτήθηκε από ΕΛ