The Lisbon Oceanarium (Portuguese: Oceanário de Lisboa) is an oceanarium in Lisbon, Portugal. It is located in the Parque das Nações, which was the exhibition grounds for the Expo '98. It is the largest indoor aquarium in Europe. 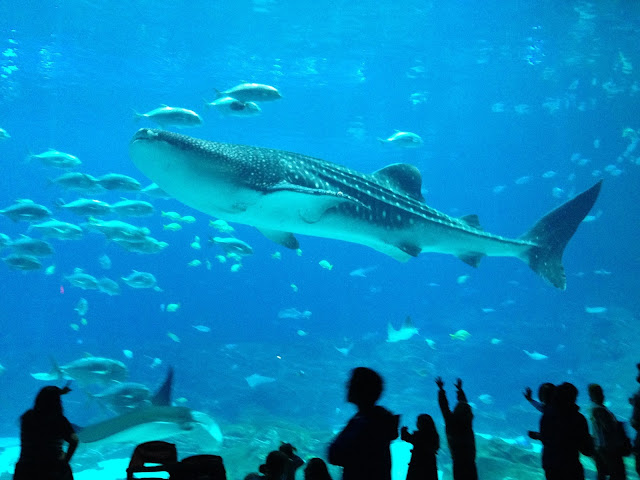 The Lisbon Oceanarium’s conceptual design, architecture, and exhibit design was led by Peter Chermayeff of Peter Chermayeff LLC while at Cambridge Seven Associates.
It is said to resemble an Aircraft carrier, and is built into the pier on an internal sea. Chermayeff is also the designer of the Osaka Oceanarium, one of the world's largest aquariums, and many other aquariums around the world. 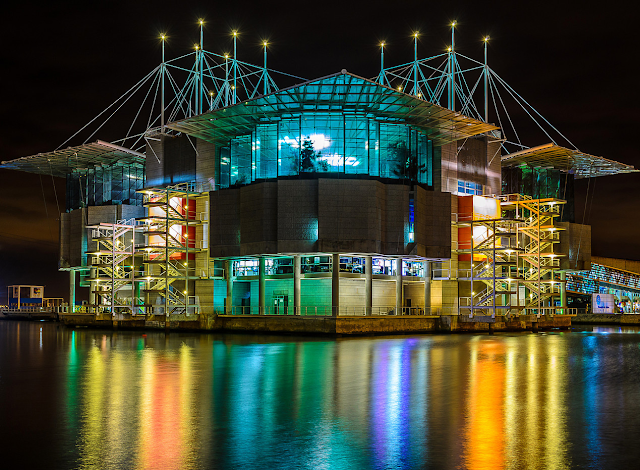 The Lisbon Oceanarium has a large collection of marine species — penguins, seagulls and other birds, sea otters (mammals), sharks, rays, chimaeras, seahorses and other bony fish, crustaceans, starfish, sea urchins and other echinoderms, sea anemones, corals and other cnidarian, octopuses, cuttlefish, sea snails and other mollusks, amphibians, jellyfish, marine plants and terrestrial plants and other marine organisms totaling about 16,000 individuals of 450 species. 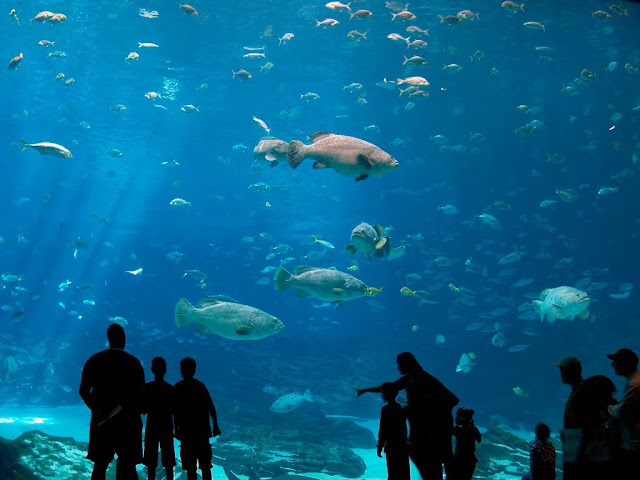 The main exhibit is a 1,000 m2 (11,000 sq ft), 5,000 m3 (180,000 cu ft) tank with four large 49 m2 (530 sq ft) acrylic windows on its sides, and smaller focus windows strategically located around it to make sure it is a constant component throughout the exhibit space. It is 7 m (23 ft) deep, which lets pelagic swimmers to swim above the bottom dwellers, and providing the illusion of the open ocean.
About 100 species from around the world are kept in this tank, including sharks, rays, barracudas, groupers, and moray eels. One of the main attractions is a large sunfish. 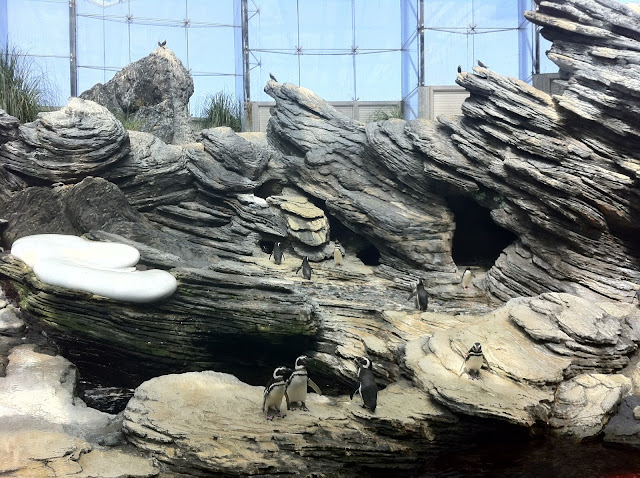 Four tanks around the large central tank house four different habitats with their native flora and fauna: the North Atlantic rocky coast, the Antarctic coastal line, the Temperate Pacific kelp forests, and the Tropical Indian coral reefs. These tanks are separated from the central tank only by large sheets of acrylic to provide the illusion of a single large tank.
Throughout the first floor there are an additional 25 thematic aquariums with each of the habitats' own characteristics. 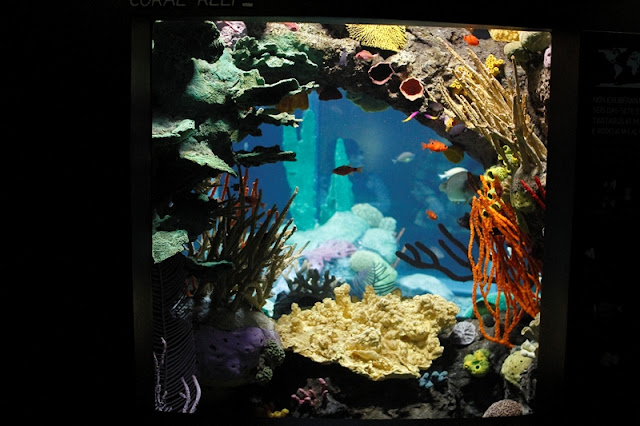 The Lisbon Oceanarium is one of the few aquariums in the world to house a sunfish due to their unique and demanding requirements for care. Other interesting species include two large spider crabs and two sea otters named Eusebio and Amalia, named after two Portuguese contemporary cultural references.