During an interview on Coast to Coast some years ago, Steven Quayle talked about a giant that was shot and killed by the US military in Kandahar Afghanistan. 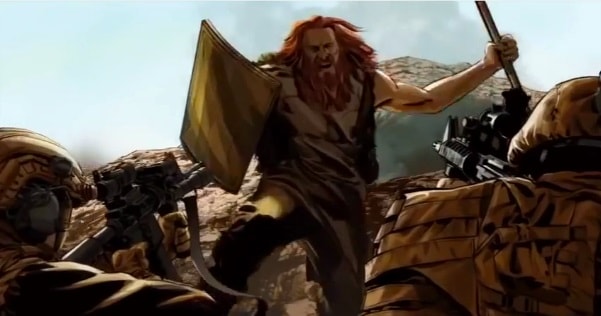 It is said that the soldiers noticed something in a cave and while inspecting the cave they encountered a giant 12-15 feet tall being having red hair, 6 fingers, 6 toes, and a double row of teeth.
What followed was that the soldiers opened gunfire at the moment the giant attacked the team. According to a witness of the horrible event, one soldier was killed by the giant and it took about 30 seconds to kill the being. 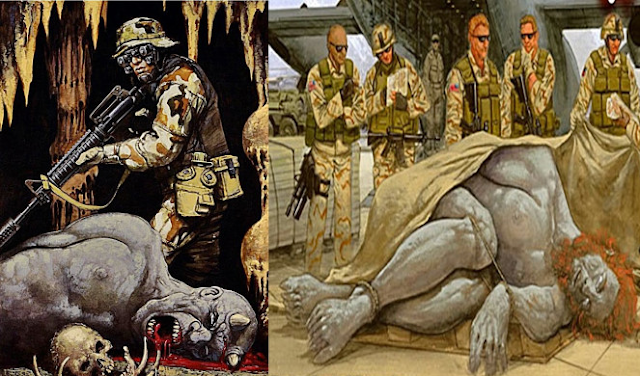 After the giant was dead it seems they have loaded it on a transport pallet and flew it to an unknown location in the US for further investigation.


Since this story raises many questions, L.A. Marzulli recently did an interview with a member of the US military who was present at the shooting of the Kandahar Giant!


Below a segment of this interview, whereby the witness goes into details about the encounter with this giant in Kandahar Afghanistan.        This is an absolutely incredible interview!