In its bid to send a manned flight to Mars, United States space agency NASA has approved the Asteroid Redirect Mission (ARM) to proceed to the next phase of design and development for the mission's robotic segment. 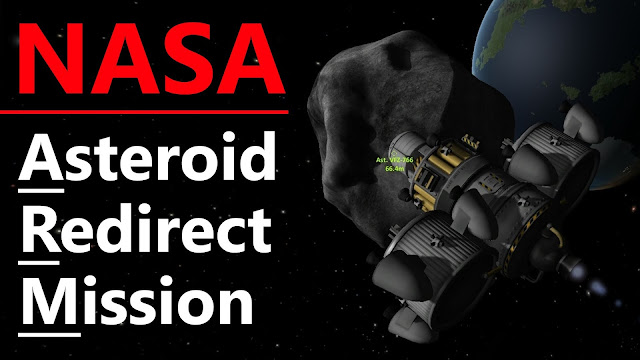 In its bid to send a manned flight to Mars, US space agency NASA has approved the Asteroid Redirect Mission (ARM) to proceed to the next phase of design and development for the mission’s robotic segment.


ARM is a two-part mission that will integrate robotic and crewed spacecraft operations in the proving ground of deep space to demonstrate key capabilities needed for NASA’s journey to Mars.


“There, astronauts will be able to select, extract, collect and return samples from the multi-ton asteroid mass, and conduct other human-robotic and spacecraft operations in the proving ground that will validate concepts for NASA’s journey to Mars,” NASA said in a statement.
The option to retrieve a boulder from an asteroid will have a direct impact on planning for future human missions to deep space and begin a new era of spaceflight.
The agency plans to announce the specific asteroid selected for the mission no earlier than 2019, approximately a year before launching the robotic spacecraft.
NASA has identified three valid asteroids for the mission so far: Itokawa, Bennu and 2008 EV5.
The milestone, known as Key Decision Point-B (KDP-B) was conducted in July and formally approved by the agency on August 15.
“This is an exciting milestone for the Asteroid Redirect Mission. Not only is ARM leveraging agency-wide capabilities, it will test a number of new technologies already in development,” said NASA Associate Administrator Robert Light foot. 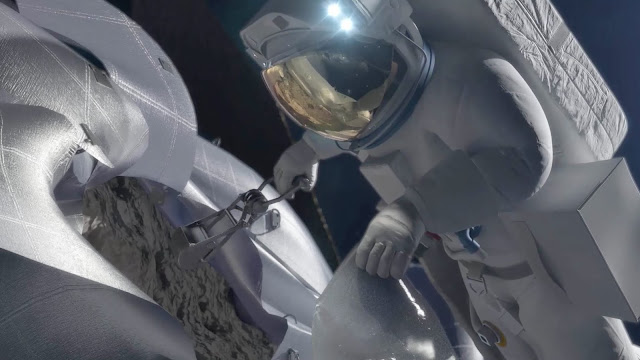 The robotic ARM will demonstrate advanced, high-power, high-throughput solar electric propulsion and advanced autonomous high-speed proximity operations at a low-gravity planetary body.
It will also showcase touchdown and liftoff with a multi-ton mass from a low-gravity planetary body and astronaut activities for sample selection, extraction, containment and return – all key components of future in-space operations for human missions to Mars.
Before beginning its trip to lunar orbit, the ARM spacecraft will demonstrate a widely supported asteroid deflection technique called a gravity tractor.
The spacecraft plus the mass of the captured boulder will create a small gravitational attraction to alter the orbit of the large asteroid.
The robotic component of the ARM will demonstrate the world’s most advanced and most efficient solar electric propulsion system as it travels to a near-Earth asteroid (NEA).
NEAs are asteroids that are fewer than 121 million miles from the Sun at the closest point in their orbit. 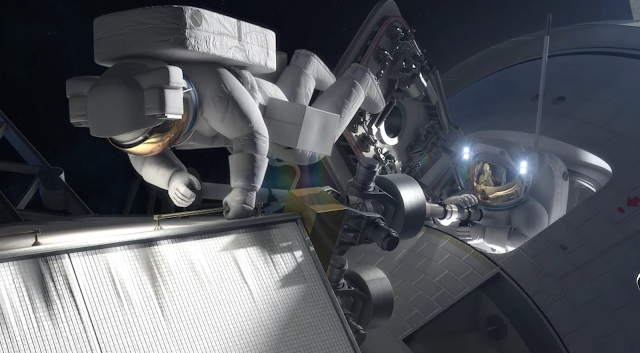 NASA announced the next step in the plan to retrieve an asteroid boulder from a near-Earth asteroid and redirect it into a stable orbit around the moon to carry out human exploration missions, all in support of advancing the nation's journey to Mars. For NASA’s Asteroid Redirect Mission (ARM), a robotic spacecraft will capture a boulder from the surface of an asteroid for exploration by astronauts in the mid-2020s to test a number of new capabilities needed for future human expeditions to deep space, including to Mars. This animation illustrates the crewed part of ARM, showing how astronauts will travel to the asteroid using NASA’s Space Launch System (SLS) rocket and the Orion spacecraft, investigate the boulder and return a sample of the asteroid back to Earth.