Greek archaeologists have uncovered one of the largest ancient cemeteries in Athens, filled with a mass grave of shackled skeletons believed to be victims of an execution. 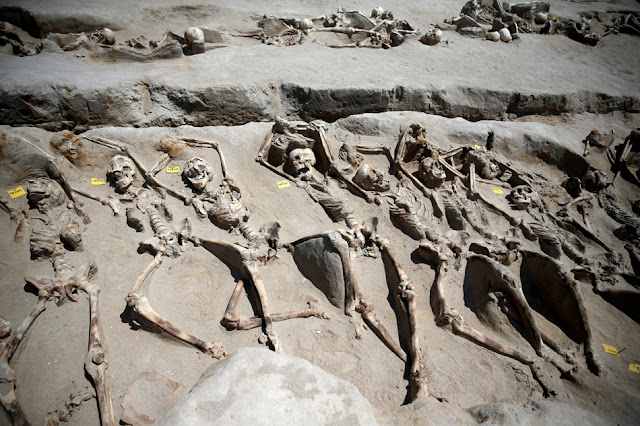 The 80 or more shackled skeletal remains near downtown Athens lie silent -- but they tell a tale of intrigue....
Archaeologists say they were victims of a mass execution in ancient Greece, possibly during unrest in Athenian society when aristocrats battled each other for power.

Dr. Stella Chryssoulaki is Head of Excavations and says most of the victims were very young: "They have been buried with respect. We are not talking about people who had a difficult life, such as slaves, nor people who were unknown to those that buried them." 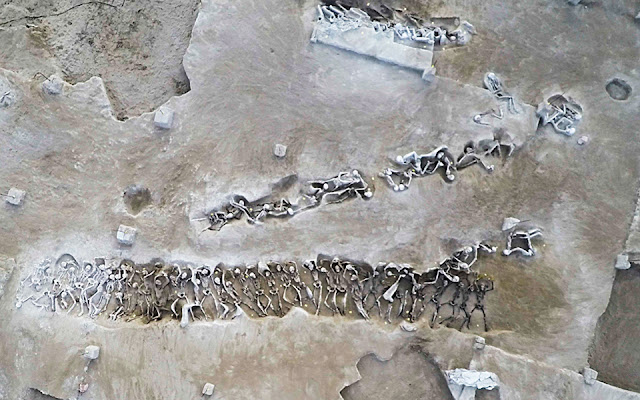 One leading theory says the victims were supporters of an Olympic champion who staged a failed coup in 632 BC and fled, but whose backers were killed. Scientists say their mass grave was discovered in a large cemetery reserved for everyday residents of ordinary neighborhoods - not leaders or prominent figures.
HEAD OF EXCAVATIONS, DR. STELLA CHRYSSOULAKI: "It's of particular interest in order for us to understand their daily life, the population, the state of public health, but also their views on death. You know, a cemetery is a first and last photograph in antiquity of those people that pass from life to death."


Scientists hope DNA testing will help identify the victims -- until then, the mute skeletons hold fast to their ancient story of mystery.