It seems that the Moai Statues hold the secrets of the fountain of youth. 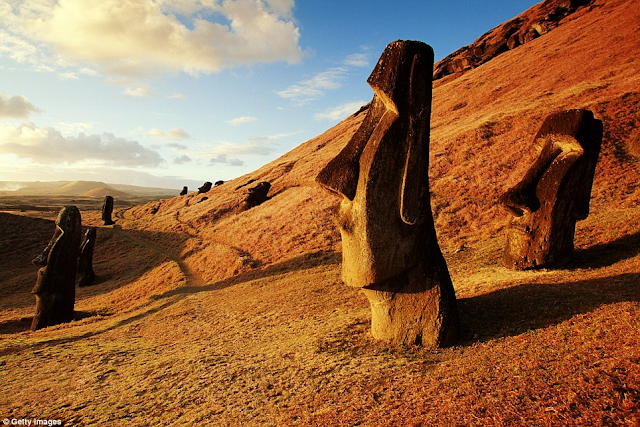 A drug called Rapamycin —a bacterial by-product—was found to live in the shadow of Eastern Islands famous Moai statues and is believed to increase lifespan and improve a number of conditions related to aging.
According to researchers, new studies provide a hint at ‘really exciting’ results of ANTI-AGING bacteria fund in the SHADOWS of the Giant heads (Bodies) at Eastern Island.

The bacteria is called Rapamycin after Rapa Nui, the native Polynesian name from Easter Island.


The bacterial-byproduct known as Rapamycin was first spotted by microbiologist Georges Nógrády from the University of Montreal in 1964.


Researchers report that the anti-aging properties of the bacterial by-products have been demonstrated across a range of different organisms. Tests performed on flies, mice, dogs and even humans have shown positive results.


However, scientists warn that there is a ‘catch’ related to the prolonged use of the drug.


Three years after Georges Nógrády spotted the bacterial by-product, in 1969, researchers discovered the potent immunosuppressant which targets a protein called mTOR. This is believed to be a central system for nutrient signaling and can prevent cancer cells from dividing.