It was a mind-blowing announcement - that not only had remains of historic inhabitants of Antarctica been found, but at the same time they could be from aliens. 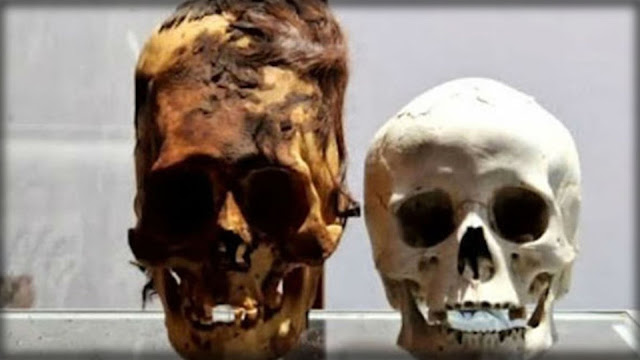 The story went viral online, claiming that three ancient skulls were unearthed by a team of archaeologists.
It was seen as mind-blowing, not only because it was thought at the time Antarctica was first reached by humans, in 1820, hundreds of years after the suspected age of the skulls, but also because they were "elongated with giant craniums", leading some commentators to claim they could have been the remains of aliens who visited Earth.

The reports claim that an archaeologist called Damian Waters and his team uncovered the skulls in a region of Antarctica called La Paille.


They were hailed initially as the first human remains uncovered from Antarctica, before it changed to the first remains of aliens found on Earth.


Mr Waters, allegedly an archaeologist from Smithsonian Institute of New York, reportedly said after the alleged discovery in 2014: "We just can’t believe it. We didn’t just find human remains on Antarctica, we found elongated skulls.


"I have to pinch myself every time I wake up, I just can’t believe it.


"This will redefine our view of mankind’s history as a whole.”
Elongated skulls have been found in Peru, Egypt and other areas with an ancient historical past. 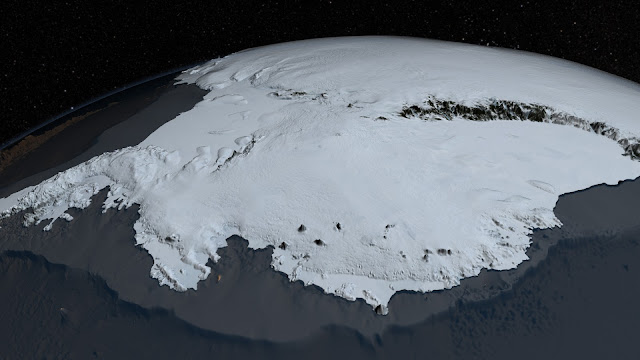 While many conspiracy theorists point to them of alien visitations of Earth over the centuries, they have been explained away as a bizarre practice by some ancient civilizations, to extend the length of the skull through manipulation from an early age.


Conspiracy theory websites reported at the time about the Antarctica skulls: "It shows there was contact thousands of years ago between civilizations in Africa, South America and Antarctica.


"These elongated skulls are much, much larger than normal human skulls would be.


"Purposeful cranial deformation can change the shape of a skull, but it cannot increase the volume of the skull.
But aside from debates over whether the skulls were human or alien, there is now one over whether they were actually found.


It appears the story could be online Chinese whispers at their worst.


Skeptical website www.skeptophilia.blogspot.co.uk researched the origins of the story after becoming suspicious of the alleged comments made by Mr. Waters.


The report said: "Well, first, I have a hard time imagining a scientist in a press conference telling the world how he has to pinch himself when he wakes up because he's so 'excited'. 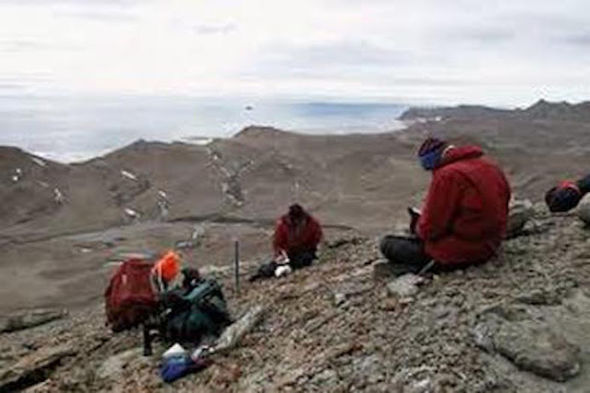 "Secondly, there seems to be no region called La Paille in Antarctica. Paille is French for straw, something I haven't seen much of in photographs I've seen of Antarctica, so it's a little hard to see why someone would name a place down there La Paille."
Skeptophilia went on to say it found no record of a Damian Waters who works for the Smithsonian, other than in stories about these alien skulls.


The website said: "I suspect that he was made up, along with the skulls and La Paille and everything else about the story."


The report added: "It's a shame, really. Given the cachet that Antarctica has, it would be cool if there was some kind of weird mystery down there, or at least something other than penguins and leopard seals and high winds and a crapload of ice.


So it appears the whole thing was an elaborate hoax. But that doesn't appear to stop die-hard believers.


He wrote: "Aliens in Antarctica...not so far-fetched actually.


"Antarctica’s climate has changed a lot every 10,000 years. So yes it’s easy for an alien culture to live there and not freeze to death.
"Sure, it’s unusual that elongated skulls were found, especially since there have been many such discoveries in Peru, thousands of miles across the ocean. Overall, a great discovery."