A solar eclipse’s evolution was described in the Iliad in a stepwise mode manifested in increasing gradual darkness, during a warm day at late noon; from Sarpedon’s death time to few later from Patroclus’ death time. 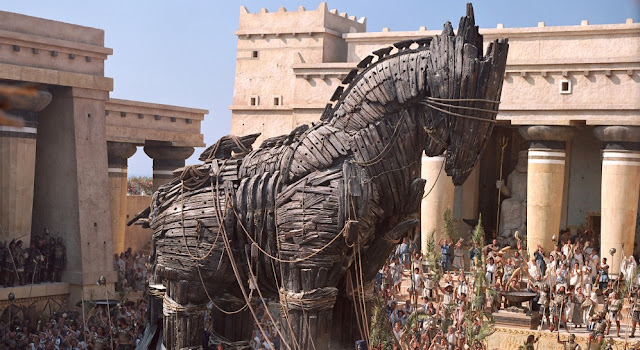 We examined the solar eclipses within the time span 1400-1130 B.C. and we found that only the annular solar eclipse on 6th June 1218 yr B.C. observable in Troy with significant obscuration 75.2 % fits fully with the Homeric descriptions.

The Mycenaean civilization started within the 16th century B.C. peaked at the middle of 13th century B.C. and ended during a period of 50 years due to fires and seismic activity within 1130 yr B.C. The excavations have already dis-covered nine layers of the town of Troy. Archaeologists proposed various dates corresponding in the layers VI and VII as well VIIa or VIi correspond to the ΥΕ III Β 2 (Late Mycenae-an B Age or Late Bronze Age) whether or not they accept the Trojan War’s reality (Table 1). Also, the ancient writers have given various dates of the Trojan War (see Table 2 in Papamarinopoulos et al (2012)). 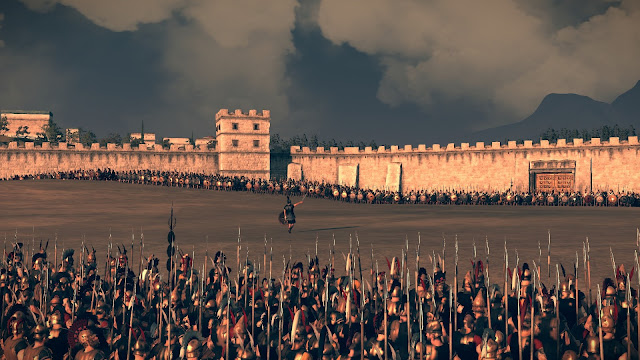 It is known that some astronomical events are described in the Homeric epics (Theodossiou et al., (2011)). Among them, a solar eclipse mentioned by Heraclitus of Pontus (Allegories, 75, 1, 1-9, 3), is described in the Odyssey during the suitors killing (OD. 20. 356-357). Schoch (1931), Papamarinopoulos (2008) and Baikouzis and Magnasco (2008) indicated that the so referred solar eclipse was a total one, that of the 16th April 1178 yr B.C. However, Papamarinopoulos et al (2012) studied the Homeric text’s details (climate, plants, fruits, agricultural and bucolic scenes, the long lasting nights, the constellations description etc.) and concluded that Odysseus’ arrival was autumn and not spring. The authors justified that the annular solar eclipse of the 30th October 1207 yr B.C. observable from the Ionian Islands as a partial one with significant obscuration of 75% is that mentioned by Homer. 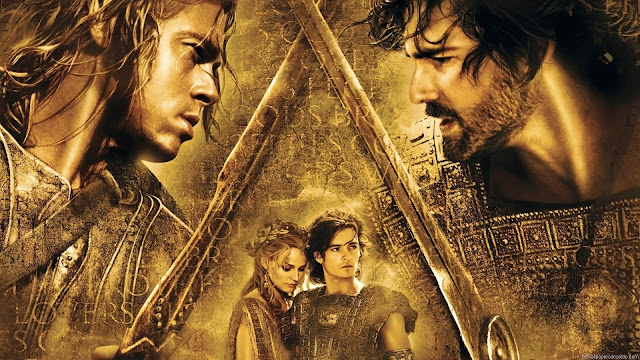 Henriksson (2012) indicated the occurrence of another solar eclipse described in the Iliad (Il.17.366-377) and proposed the total solar eclipse of the 11th June 1312 yr B.C. (Gregorian calendar) based on his own calculations, where-as in accordance with the NASA’s site Xavier Jubier “Five Millennium (-1999 to +3000) Canon of Solar Eclipses Database” the corresponding date of this solar eclipse is the 24th June 1312 yr. B.C (Julian calendar). In this paper the above reference will be called NASA catalog (Stephenson and Houlden (1986), Stephenson and Morrison (1984), Stephenson (1997), Espenak and Meeus (2006) and (2009a, b, c), Morrison and Stephenson (2004)). However, Henriksson ignored to connect his proposed date with the solar Eclipse’s date described in Odyssey after 10 years (because the Homeric epics clearly mention that Odysseus was absent for 20 years from Ithaca and the Trojan War duration was 10 years).

In-deed, a solar eclipse of the 17th November of 1301 yr. B.C. (based on NASA catalog) was visible in the Ionian Islands as a partial one with obscuration 46%. However, the timing was early in the morning (start at 6.53 LT, peak at 7:39 LT and end at 10.03 LT). It is not associated with the suitors killing time, at late noon. Moreover, the planet Venus was visible in the eastward direction five days before this solar eclipse in accordance with Homeric text (Od.13.93-95). On the contrary, planet Venus on the 12th of November 1301 yr B.C. was not visible in the east horizon because Venus rose at 8:31 LT, when sunrise was at 7:11 LT. Venus was visible in the west-ward direction and set at 18:24 LT whereas the sunset was at 17:42 LT, according to Starry Night 6 Pro Plus software calculations (2006).
In other words no other solar eclipse has been found in the Ionian Islands ten years after the Trojan War’s end and the same being in accordance with the Homeric descriptions.

We note further, that there was not a visible solar eclipse in Troy, ten years before the pro-posed by Baikouzis and Magnasco (2008) solar eclipse in April 1178 yr. B.C., in other words in 1188-1189 yr B.C. in accordance with NASA’s catalog. However, the annular solar eclipse of the 6th June 1218 yr B.C. observed in Troy with significant obscuration of 75.2 %, occurred 10 years before the solar eclipses occurrence in the Ionian Islands on the 30th October 1207 B.C. as proposed by Papamarinopoulos et al. (2012). It started at 14.10 LT, peaked at 15.45 LT and end-ed at 17.07 LT and fits exactly with the Patroclus’ death at noon, as it is described in the Iliad.

Indeed, Planet Venus was visible in the Trojan sky before dawn on the 9th June 1218 yr. B.C. because it rose at 3:12 LT when the sunrise was at 4:48 LT according to Starry Night program. In contradiction to the Homeric text, on the 27th of June 1312 year B.C. (three days after the proposed by Henriksson date) the sunrise is approximately the same with Venus rise (4:42 LT and 4:30 LT respectively).
source
Αναρτήθηκε από ΕΛ