One of the most interesting question many people have asked for centuries is whether there is a possibility that our planet is hollow? 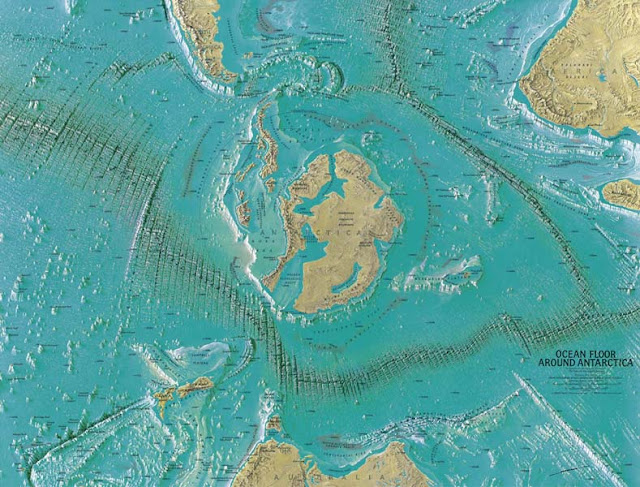 For many years it was believed that the earth was hollow, but even though many have come up with theories, until 1968 there was no proof. That year, pictures taken by a satellite orbiting Earth clearly showed a gaping hole located at the North Pole; enough evidence to support the hollow Earth theory according to many.
We have read about the legendary stories about the Nazis who explored the Southern regions of our planet and even creating secret bases in Neuschwabenland. Some also speak about Operation Highjump and Admiral Byrd’s journeys where extremely advanced airships were seen flying around and exploring new territories. Not long ago, we discovered a map of the third Reich in which there are several secret passages depicted which were used by German U-Boats to access mysterious underground regions, as well as a complete map of both hemispheres and the mysterious kingdom of Agartha.


We have also come across a letter, supposedly written by Karl Unger, who was aboard the German U-boat 209, commanded by Heinrich Brodda, in which he states that the crew had reached the interior of the Earth and that they did not consider coming back. 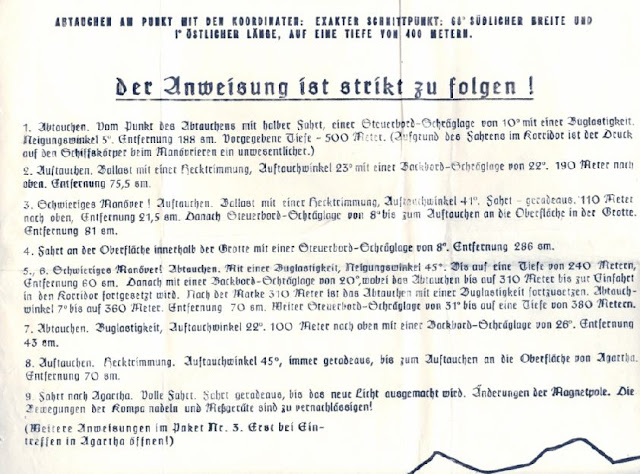 But, we know that during World War II, the best equipped German submarine could only dive up to 850 feet, with a range of 385 miles in optimal conditions. The shortest distance from the open ocean to the geographic South Pole is about twice the range under a mile of ice; so the chances that a German submarine could make that trip are very low, of course there is that possibility where the Germans could have better equipped submarines that we did not know about.

Also, the depth of the Arctic Ocean at the North Pole is about four times what the best German submarine was able to withstand.


The stories above are backed up by maps made by famous cartographer and artist Heinrich C. Berann for the National Geographic Society in 1966. In that map, the Antarctic continent can be observed without its thick layer of ice. But the most intriguing detail are the presence of underwater passages spanning across the entire continent and seem to converge at the exact location which is identified as the opening towards the Hollow Earth or Inner Earth.


Hitler was obsessed with mysticism and the inexplicable, he was very interested in UFO’s and ancient history, and many of his followers knew that and supported him. The Führer was known to “remove” people by whom he felt threatened or did not share his beliefs.

The possibility that the earth is hollow, and that it can be accessed through the North and South poles, and that secret civilizations flourish within it, has spurred the imagination of people through centuries. It might just turn out to be true after all, that somehow, and somewhere, there is an access which leads to a completely different world, one that has been kept in secrecy for years.


Evidence of a “Hollow Earth” is found in the history of countless ancient civilizations.


The Babylonian hero Gilgamesh visited his ancestor Utnapishtim in the bowels of the earth; in Greek mythology, Orpheus tries to rescue Eurydice from the underground hell; it was said that the Pharaohs of Egypt communicated with the underworld, which could be accessed via secret tunnels hidden in the pyramids; and Buddhists believed (and still believe) that millions of people live in Agharta, an underground paradise ruled by the king of the world. So just when you think that these theories could be nothing more than excessive imaginations, you actually come across evidence in ancient history pointing towards the possibility of a world inside Earth.