Story of Atahualpa: The Last Emperor of the Inca Empire

High in the Andes Mountains of Peru, the Inca built a dazzling empire that governed a population of 12 million people. They had no writing system, but they successfully created an elaborate government, great public works, and a brilliant agricultural system. 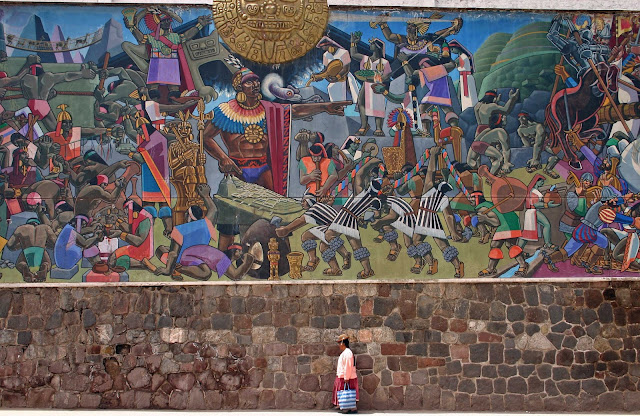 Five years before the Spanish arrival, a devastating war of succession gripped the Inca Empire and this was the beginning if the end.


Most important, the execution of Atahualpa, the last free reigning emperor, marked the end of 300 years of Inca civilization.
Civil war broke out between Atahualpa and his half-brother Huascar


Born c. 1502, Atahualpa was the younger son of Inca ruler Huayna Capac. At Huayna’s death, the kingdom was divided between his sons, an event that resulted in a bloody civil war. In 1532, Atahualpa’s army defeated the forces of his half-brother Huascar in a battle near Cuzco, but he couldn’t celebrate his victory for long. Atahualpa was consolidating his rule when Pizarro and his 180 soldiers appeared.
On August 29, 1533, Atahualpa, the 13th and last emperor of the Incas, died by strangulation at the hands of Francisco Pizarro’s Spanish conquistadors. 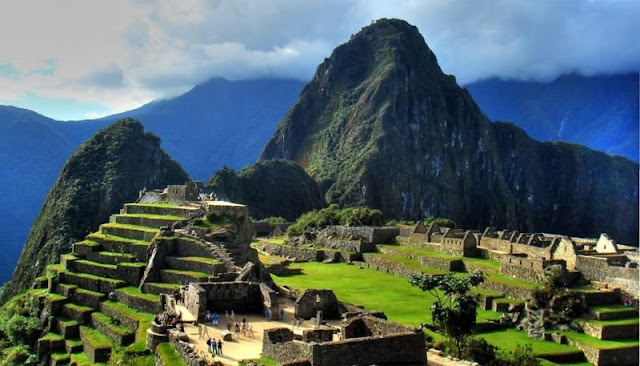 Francisco Pizarro was sent on an expedition of conquest

Francisco Pizarro was the son of a Spanish gentleman and worked as a swineherder in his youth. He became a soldier and in 1502 went to Hispaniola with the new Spanish governor of the New World colony.


Pizarro served under Spanish conquistador Alonso de Ojeda during his expedition to Colombia in 1510 and was with Vasco Nunez de Balboa when he discovered the Pacific Ocean in 1513.


Hearing legends of the great wealth of an Indian civilization in South America, Pizarro formed an alliance with fellow conquistador Diego de Almagro in 1524 and sailed down the west coast of South America from Panama. 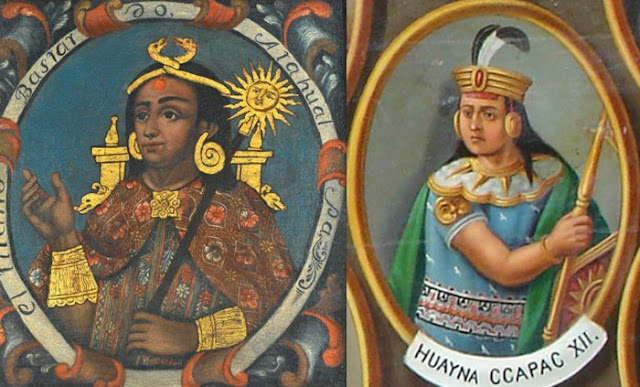 Returning to Panama, Pizarro planned an expedition of conquest, but the Spanish governor refused to back the scheme. In 1528, Pizarro sailed back to Spain to ask the support of Emperor Charles V. Hernan Cortes had recently brought the emperor great wealth through his conquest of the Aztec Empire, and Charles approved Pizarro’s plan. He also promised that Pizarro, not Almagro, would receive the majority of the expedition’s profits. In 1530, Pizarro returned to Panama.


In 1531, he sailed down to Peru, landing at Tumbes. He led his army up the Andes Mountains and on November 15, 1532, reached the Inca town of Cajamarca.


At the time, Atahualpa was enjoying the hot springs in Cajamarca. He was preparing for his march on Cuzco, the capital of his brother’s kingdom.

Pizarro lured Atahualpa into a trap

Pizarro invited Atahualpa to attend a feast in his honor, and the emperor accepted. Having just won one of the largest battles in Inca history, and with an army of 30,000 men at his disposal, Atahualpa thought he had nothing to fear from the bearded white stranger and his 180 men. Pizarro, however, planned an ambush, setting up his artillery at the square of Cajamarca.


Atahualpa threw the Bible to the ground

On November 16, Atahuallpa arrived at the meeting place with an escort of several thousand men, all apparently unarmed.


Pizarro sent out a priest to exhort the emperor to accept the sovereignty of Christianity and Emperor Charles V.


However, Atahualpa refused, flinging a Bible handed to him to the ground in disgust. This made Pizarro furious and he immediately ordered an attack. Buckling under an assault by the terrifying Spanish artillery, guns, and cavalry (all of which were alien to the Incas), thousands of Incas were slaughtered, and the emperor was captured.

Atahualpa negotiated for his release... instead Atahualpa offered to fill a room with treasure as ransom for his release, and Pizarro accepted. Eventually, some 24 tons of gold and silver were brought to the Spanish from throughout the Inca Empire. 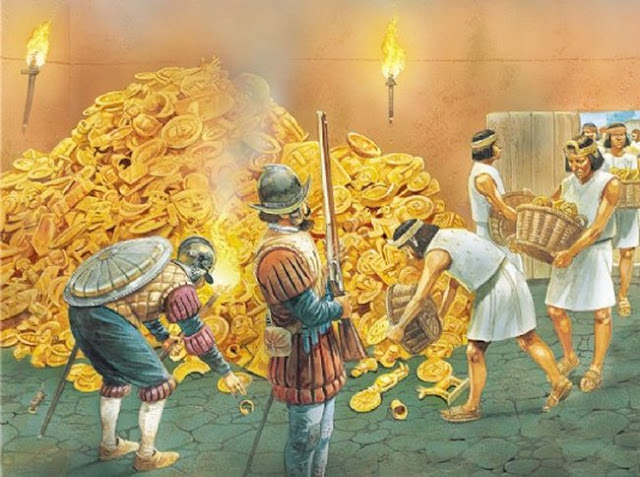 Although Atahualpa had provided the richest ransom in the history of the world, Pizarro treacherously put him on trial for plotting to overthrow the Spanish, for having his half-brother Huascar murdered, and for several other lesser charges. A Spanish tribunal convicted Atahualpa and sentenced him to die.


On August 29, 1533, the emperor was tied to a stake and offered the choice of being burned alive or strangled by garrote if he converted to Christianity. In the hope of preserving his body for mummification, Atahualpa chose the latter, and an iron collar was tightened around his neck until he died.

With Spanish reinforcements that had arrived at Cajamarca earlier that year, Pizarro then marched on Cuzco, and the Inca capital fell without a struggle in November 1533. Huascar’s brother Manco Capac was installed as a puppet emperor, and the city of Quito was subdued. Pizarro established himself as Spanish governor of Inca territory and offered Diego Almagro the conquest of Chile as appeasement for claiming the riches of the Inca civilization for himself.

In 1535, Pizarro established the city of Lima on the coast to facilitate communication with Panama. The next year, Manco Capac escaped from Spanish supervision and led an unsuccessful uprising that was quickly crushed. That marked the end of Inca resistance to Spanish rule.


Diego Almagro returned from Chile embittered by the poverty of that country and demanded his share of the spoils of the former Inca Empire.
Civil war soon broke out over the dispute, and Almagro seized Cuzco in 1538. Pizarro sent his half brother, Hernando, to reclaim the city, and Almagro was defeated and put to death. 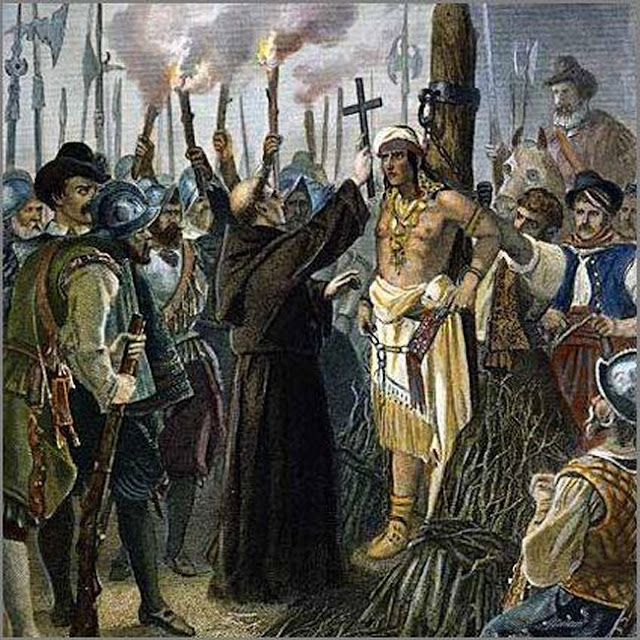 On June 26, 1541, allies of Diego el Monzo—Almagro’s son—penetrated Pizarro’s palace in Lima and assassinated the conquistador while he was eating dinner. Diego el Monzo proclaimed himself governor of Peru, but an agent of the Spanish crown refused to recognize him, and in 1542 Diego was captured and executed. Conflict and intrigue among the conquistadors of Peru persisted until Spanish Viceroy Andres Hurtado de Mendoza established order in the late 1550s.
source