Santorini or Thera is an island with great history and if you decide to come round there are a lot of sights to visit. 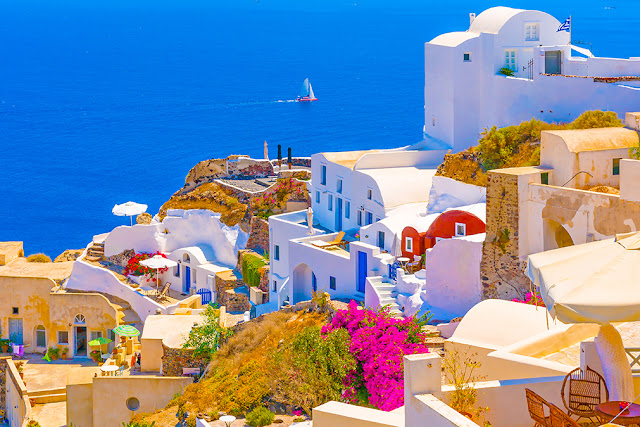 According to the researchers the human presence on the island seems to have existed since the Neolithic Period.
Around 3.200 BC Santorini was inhabited by the Cretans who had a great impact on the island's life. Santorini became an important and wealthy port. 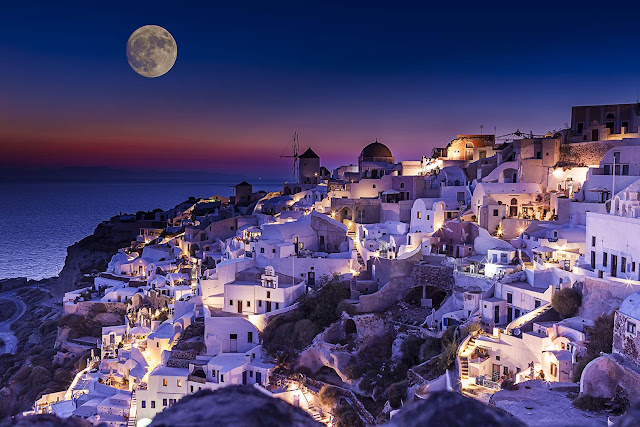 The Minoan influence is obvious especially at the excavations on Akrotiri, where a whole village is found, with houses decorated similar to those found in the Minoan palace in Crete. At that time the island was called Stronghyle, or Strongili, which in Greek means round, because of its shape.

Around 1500 BC the volcano which was in the center of the island erupted and buried the greater part under the sea, forming today's caldera, the largest of its kind. All that left in the surface were segments of its perimeter which today consist Santorini, Thirasia, and Aspronisi. 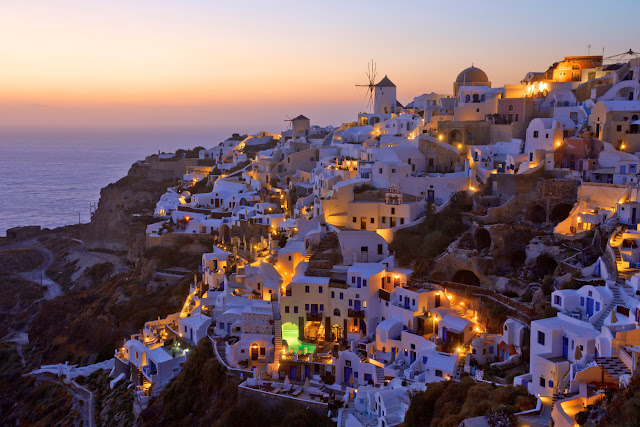 The excavations in Akrotiri which started in 1956 by the archaeologist Spyros Marinates brought to light an ancient city very well preserved, which was entirely buried under the ash from the volcanic explosion. The tidal wave (tsunami) was so huge that it reached as far as Crete, 70 nautical miles away and many consider that it was the main cause of destruction of the Minoan civilization. This disaster caused much speculation as to whether Santorini was in fact the mythological lost city of Atlantis. 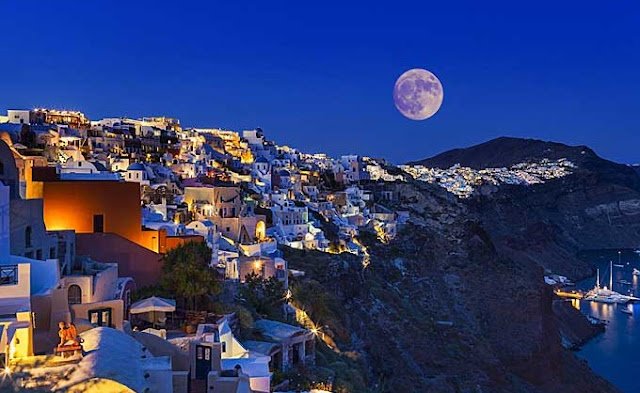 The eruption vanish the human presence in the island which inhabited once again from the end of the 13th century BC by the Phoenicians that stayed for five generations. Then the Dorians arrived, founded a colony and named the island Thera after their King€™s name.

In the following years Thera built commercial and trade relations with most of the islands and Greek cities and was one of the first places in Greece that used the Phoenician alphabet. The island did not follow the cultural development of the other Cycladic islands. As the historian Herodotus confirms Therans founded one Theran colony in the north coast of Africa under the name Kyrene. 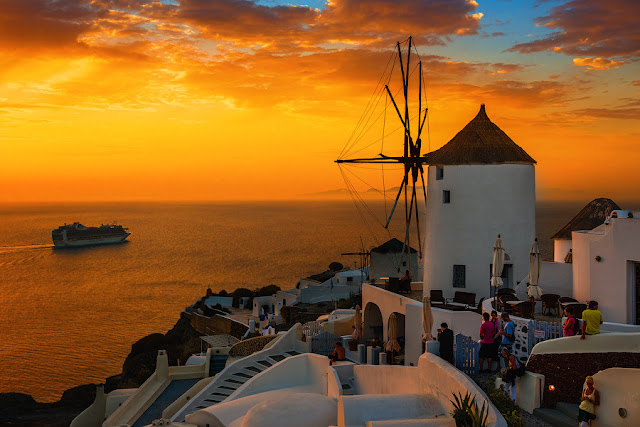 During the Peloponnesian War, Santorini took the side of Sparta although finally it felt under the Athenian control. Because of its strategic position in Aegean the island became an important trade center in the Hellenistic period (300-146 B.C.), and it was used by the Ptolemies of Egypt as their naval base. In 146 BC it conquered by the Romans and lost its significance. 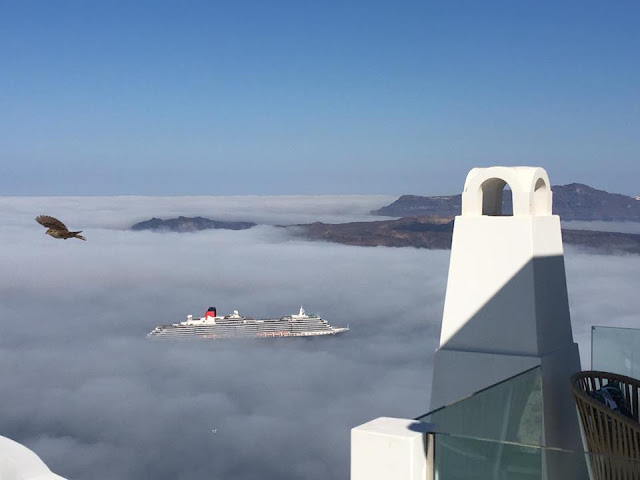 Christianity reached at Thera around the 3rd century. An important monument from this period is the elegant little church of the Panagia Episkopi at Gonia, built by Alexius I Comnenus. At 1204 it felt under the Venetian occupation and became part of the Duchy of Naxos. At this period the Crusaders change the name of the island to Santorini after a small chapel of Agia Irini (Santa Irene).

The Turks followed in 1579, when Santorini was one of the last of the Cyclades to fall under Turkish rule until 1821, the year that the Greek Revolution against the Turks started. With its shipping power, it took part in the fight for independence, and in 1832 Santorini and the other Cyclades Islands were united to the New Greek State. 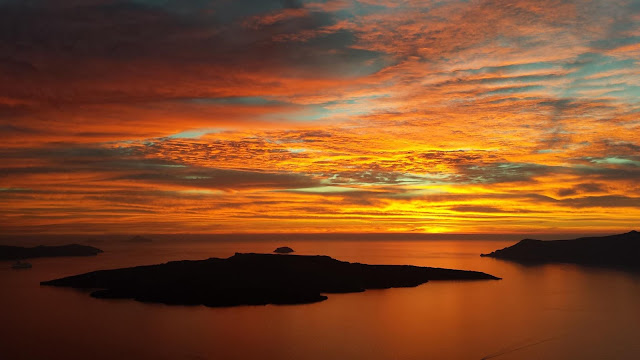 The 18th century was a great affluence and commercial shipping enjoyed a period of great expansion. Industry too began to grow in the form of tomato processing, wine making and textiles. Throughout the next few hundred years Santorini had a peaceful period of self-determination, although this was disrupted by the German occupation during World War II. 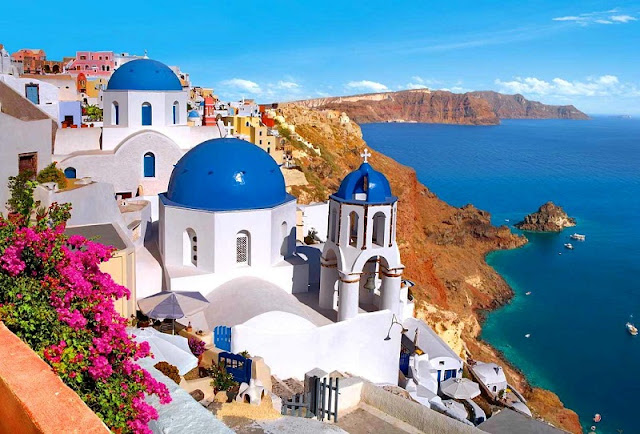 In the meanwhile parallel with the human life of the island the volcano continued to erupt over the years. On the whole 14 eruptions recorded between 198 B.C. and 1950.
The Palea and Nea Kameni islands near Santorini were created by these eruptions.

Thera also suffered a terrible earthquake in 1956, which led to a huge decrease of the population ending in an economic catastrophe.


However the island finally managed to gain its strength again and from the late 1970's tourism was developed in high levels. 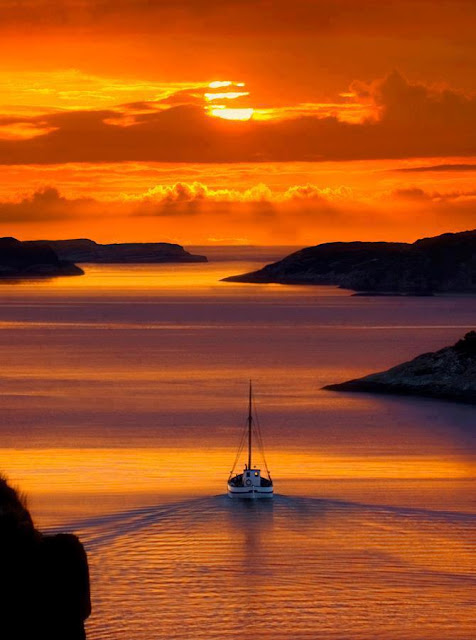 Nowadays Santorini is an international resort, undoubtedly one of the major tourist destinations, attracting people worldwide who come to experience its magic atmosphere and the unique and famous sunset. 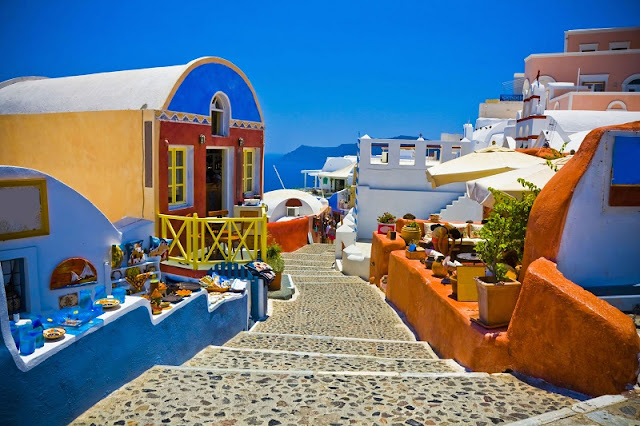