Return of the Blue Marble

This definitely holds true for the Deep Space Climate Observatory, or DSCOVR, a new space weather mission from NOAA that also carries NASA instruments to keep an eye on Earth. 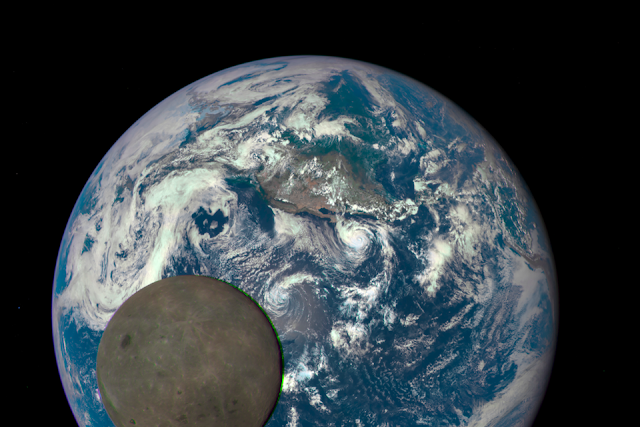 Launched in February 2015, DSCOVR is now a million miles from Earth where it can look back and see half of our planet all at once. The view prompted President Obama to tweet:

“Just got this new blue marble photo from @NASA. A beautiful reminder that we need to protect the only planet we have.”
The first “blue marble” photos taken by Apollo astronauts nearly 50 years ago sparked a new awareness of Earth as a fragile sphere of dazzling beauty floating alone in a dangerous void, worthy of careful stewardship. It energized grass-roots green movements and inspired young scientists who would go on to investigate climate change, forecast weather, and much more.


None of the modern Earth observing satellites, however, can see the entire sunlit side of Earth all at once. They are too close.


Satellites in low-Earth orbit collect high-resolution images swath by swath on consecutive overpasses. To see the whole Earth, the pieces have to be ‘stitched’ together from pieces obtained at different instants all at the same local time (e.g., 13:30 for MODIS-AQUA).


Geostationary satellites can see the entire planet and let us watch the Earth evolve by using multiple satellites to build a full picture. These satellite systems typically only get observations during the day.


DSCOVR ‘floats’ at the first sun-Earth Lagrange point (L1), a sort of gravitational parking spot for spacecraft. Here the gravitational pull of the sun and Earth cancel out, providing a quasi-stable orbit. It’s the perfect spot for DSCOVR’s camera to capture full sunlit disk images of Earth in one picture all at the same instant from sunrise to sunset (synoptic images). 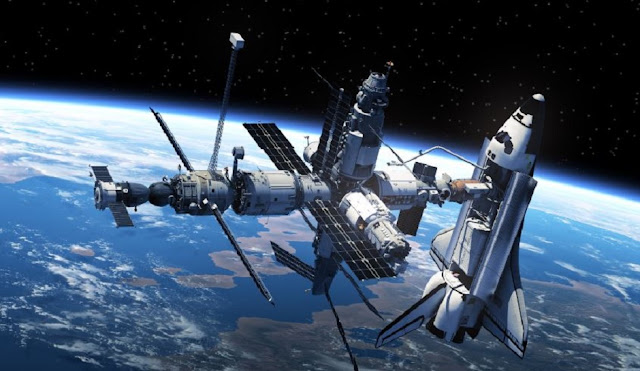 “By capturing full disk images in 10 wavelengths approximately every 1.8 hours, DSCOVR can answer questions about daily variations on the Earth. For example, it can help researchers understand the ozone layer and the variability of cloud cover from sunrise to sunset.”


DSCOVR will also help scientists track aerosols. Szabo tells us, “It can see massive dust clouds moving from the Sahara Desert to the southern US and Central America. And it can see smoke from large forest fires in remote northern Canada where nobody keeps an eye out.”


At L1, DSCOVR will also be in perfect position to look out for a very real external threat: the ionized pieces of the sun it hurls our way which are known as coronal mass ejections. DSCOVR will be the nation's first operational space weather satellite in deep space. A partnership between NASA, NOAA, and the U.S. Air Force, this mission’s primary objective is, in fact, to help NOAA provide timely space weather alerts and forecasts.

The observatory also offers a rare view of the Moon.

Because the Moon is tidally locked to Earth, only one side is visible from our planet. The unseen far side was shrouded in mystery until 1959, when the Soviet Luna 3 spacecraft swung around the Moon and photographed it from behind. This feat is repeated by the current high resolution US Lunar Reconnaissance Orbiter Camera or LROC. DSCOVR will observe the far side about twice a year as the observatory periodically crosses the orbital plane of the Moon. DSCOVR’s first images of the Moon transiting Earth in July were a social media sensation.


Since DSCOVR began regular observations, NASA is posting daily color images of Earth to a dedicated public website. These images, showing different views of the planet as it rotates through the day, will be available 12 to 36 hours after they are acquired. These are the first true-color Earth images where the colors are adjusted to closely match what the average human eye would see.