The drones that fly using MIND CONTROL: Swarms of UAVS developed for the US military could be guided by brain waves 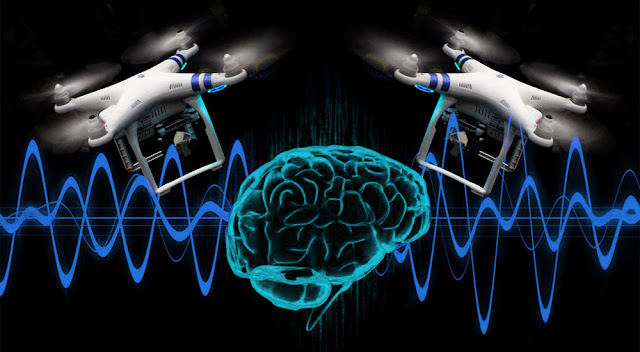 
Skull cap reads thoughts and communicates with robots via Bluetooth.
Controlling robots using the human mind might seem like something taken from science fiction.

But the technology is already available, and it could soon be used by the US army.
A team of researchers has developed technology that lets a human control multiple drones using their brain waves, and the group is now working on squadrons of drones that could perform complex operations. 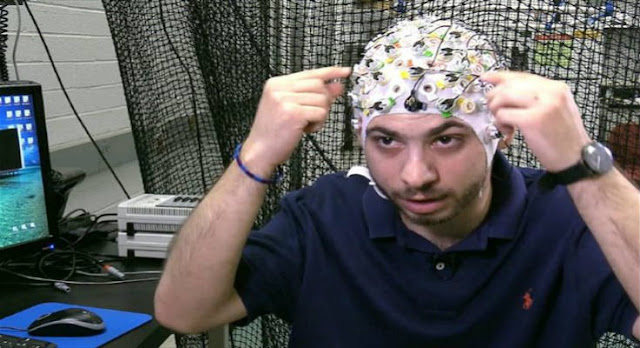 Researchers at the Human-Oriented Robotics and Control (HORC) lab at Arizona State University have been working with the US army for the last two years.
'One of the big novelties we are working on is how you can bridge that gap between humans and robots,' said Professor Panagiotis Artemiadis, director of the lab.
'Especially when you are talking about multiple robots.'
The Defense Advanced Research Projects Agency (Darpa) awarded the research group $860,000 (£652,602) to work on the technology in 2014.


Now the group has come up with a way for one person to control multiple robots.
'We believe that the developed control interface could be used in the military within the next 5-10 years,' Professor Artemiadis told MailOnline.
'However, we envision other applications too. The robots are generally used for tasks that are dirty, dull or dangerous.
'Applications of this research can be found in a plethora of tasks that include delivery of medical help to remote areas, search and rescue to inaccessible environments and disaster areas or exploration of unknown and remote environments, ranging from underwater to space.'
The system works using one controller who watches the drones, while his thoughts are read using a computer. 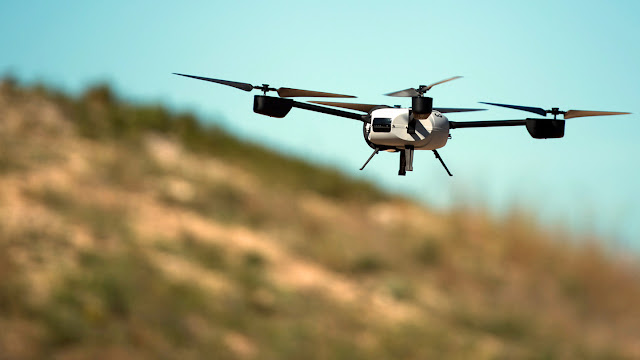 The controller wears a skull cap fitted with 128 electrodes wired to a computer. The device records electrical brain activity. If the controller moves a hand or thinks of something, certain areas light up.


'I can see that activity from outside,' said Professor Artemiadis. 'Our goal is to decode that activity to control variables for the robots.'
If the user is thinking about spreading the drones out, for example, 'we know what part of the brain controls that thought,' Professor Artemiadis said.
These thoughts are then communicated to the robots using Bluetooth.
'We have a motion-capture system that knows where the quads are, and we change their distance, and that's it,' he said.
Up to four small robots, some of which fly, can be controlled with brain interfaces – something that could not be replicated using a joystick. 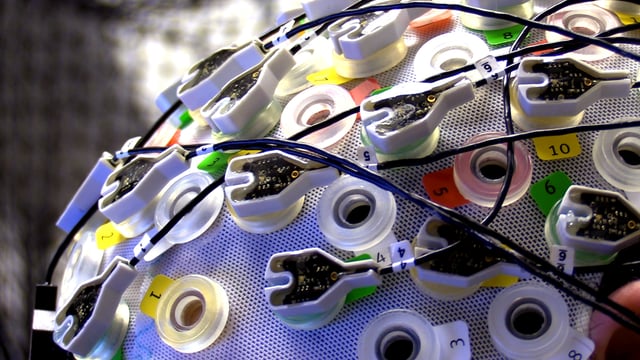 'You can't do something collectively' with a joystick, Professor Artemiadis said. 'If you want to swarm around an area and guard that area, you cannot do that.'
To make the drones move, the controller watches the monitor and pictures the drones performing various tasks.


'During the last two to three decades there has been a lot of research on single brain/machine interface, where you control a single machine,' he said.


But a recent trend in robotics and space exploration has been towards building many cheap machines, instead of one expensive one.


Professor Artemiadis took inspiration from this and had the idea to try controlling a lot of machines with one mind.


'If you lose half of them, it doesn't really matter,' Professor Artemiadis said.


He worked with Air Force pilots during the two-year project.


The next step for the research is to test multiple people controlling multiple robots. 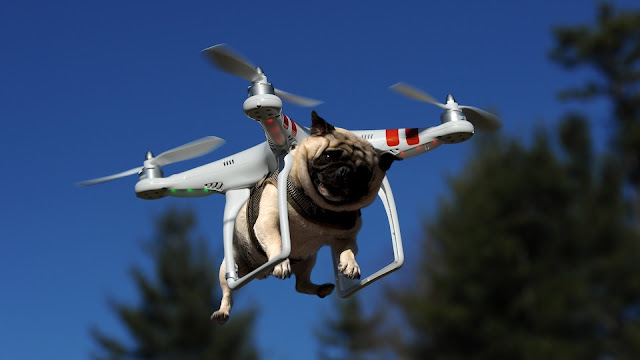 He plans to move to a much larger experimental space to refine the proof of concept. In the future, he sees drone swarms performing complex operations, such as search-and-rescue missions.


'The goal over the next couple of years is to have a hybrid team of ground vehicles, mobile vehicles and aerial vehicles', Professor Artemiadis said.