These images taken from cameras on Nasa's Mars Rover appear to show an odd shaped object on its surface. And the dinosaur skull-shaped item is causing excitement among fans of all things supernatural and paranormal. 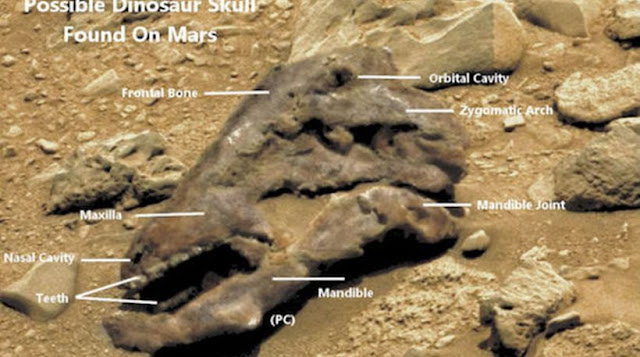 " The clearest skull on Mars found so far. It has a metal blade or arrow embedded in the jaw bone. (lower mandible) Evidence of past animal life and hunting by intelligent Martians no less. 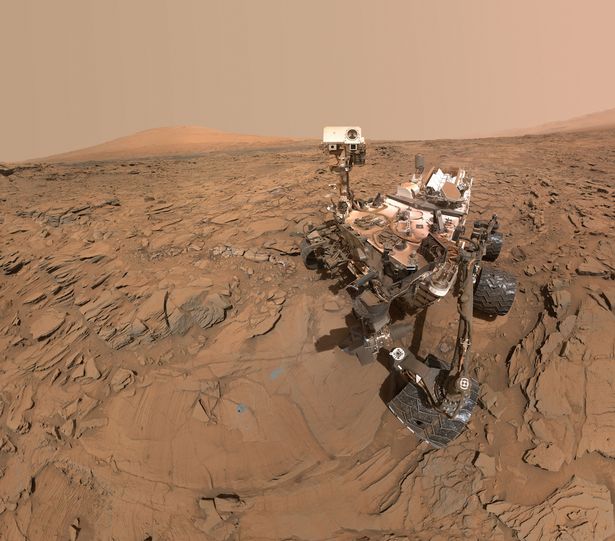 It is the skull of a herbivore. Possibly even a dinosaur or mammal that was hunted and killed at some point in the past.
Could this belong to the famous "Mars leg bone" found recently? Could be!
This is a fine example of what is possible when the rover takes a close up image. It was not hard to squeeze the detail out of this photo - unlike most we get from the Curiosity Rover. This is the closest / large specimen so far. Indisputable as far as I am concerned ".