Exoplanet is four times as big as Jupiter and orbits in between the first star and its two other stars.

An enormous planet with three stars has been discovered with a seemingly impossible orbit. The planet, dubbed HD 131399Ab, is four times the size of Jupiter and orbits around the brightest star of the three – an estimated 80% larger than the Sun.
The other two stars orbit on the outside of the planet, something scientists say is highly unusual. 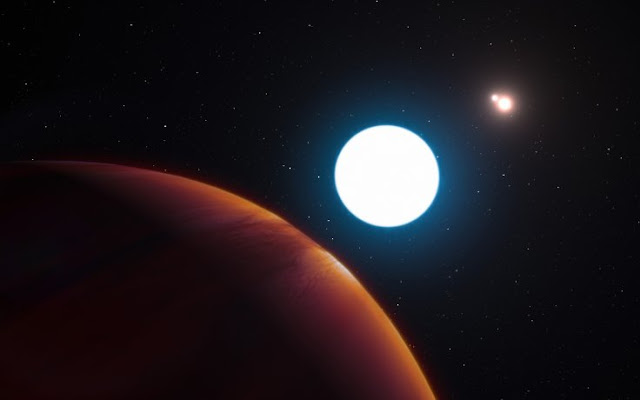 HD 131399Ab is the first exoplanet ever to be discovered in a triple-star system with a wide orbit.

Until now, it was thought such an orbit would be extremely unlikely so its discovery could mean similar systems could be more common than once thought.
The planet was discovered by an international team of researchers using the ESO's Very Large Telescope. Their findings, published in the journal Science, revealed the planet is very young – only around 16 million years old – and that it is a Jovian planet (a gas giant).


It sits around 320 light years from Earth in the constellation of Centaurus. Repeat observations indicate it orbits the brightest of the three stars at a distance of 80au (one au is the distance between the Sun and Earth, or 93-million miles). The other two stars orbit the largest at a distance of 300au. The two smaller stars circle around one another at a distance of 10au.
This scenario is by no means certain, and a range of other orbits are possible, but the team says this is the most likely to produce a stable orbit. Having a wide orbit in a multi-star system is unstable because of the gravitational forces being placed on the planet by the other two stars. 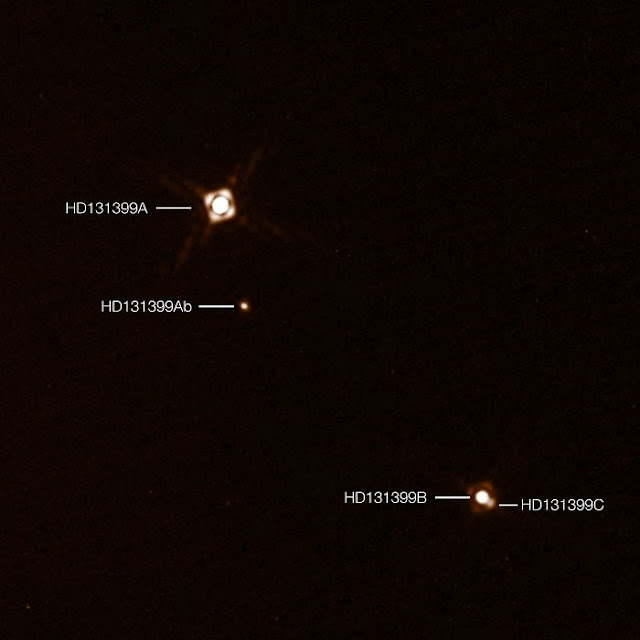 Study co-author Daniel Apai, from the University of Arizona, said:
"If the planet was further away from the most massive star in the system, it would be kicked out of the system. Our computer simulations have shown that this type of orbit can be stable, but if you change things around just a little bit, it can become unstable very quickly. 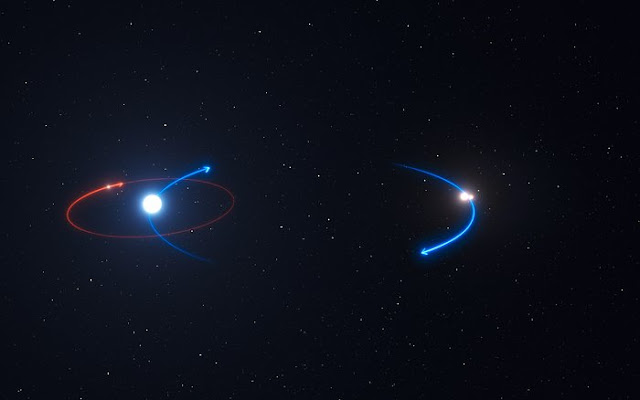 Kevin Wagner, first author on the paper, added: "It is not clear how this planet ended up on its wide orbit in this extreme system, and we can't say yet what this means for our broader understanding of the types of planetary systems, but it shows that there is more variety out there than many would have deemed possible.
What we do know is that planets in multi-star systems have been studied far less often, but are potentially just as numerous as planets in single-star systems."