It is a commonly accepted view in mainstream archaeology that civilization started in Iraq, in ancient Mesopotamia with the great civilization of Sumeria. However, there is an archaeological discovery at the Al Ubaid archaeological site, where many pre-Sumerian 7,000-year-old artifacts were found, depicting humanoid figures with lizard characteristics. 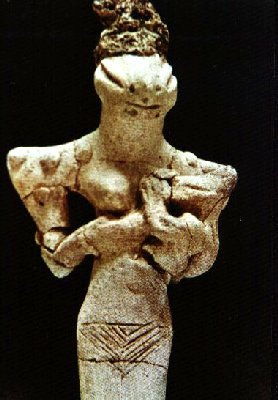 The Ubaidian culture is a prehistoric culture in Mesopotamia that dates between 4000 and 5500 BC. As with the Sumerians, the origins of the Ubaidian people is unknown. They lived in large village settlements in mud-brick houses and they had developed architecture, agriculture and farmed the land using irrigation.

The domestic architecture included large T-shaped houses, open courtyards, paved streets, as well as food processing equipment. Some of these villages began to develop into towns, temples began to appear, as well as monumental buildings such as in Eridu, Ur and Uruk, the major sites of the Sumerian Civilization.  According to the Sumerian texts, Ur was believed to be the first city. 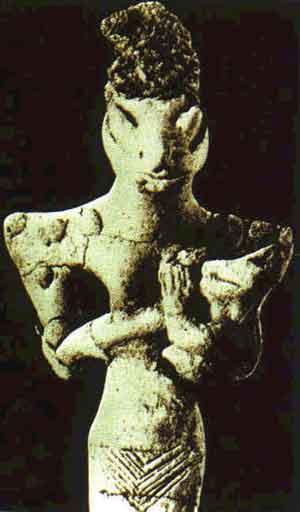 The main site where the unusual artifacts were discovered is called Tell Al’Ubaid – although figurines were also found in Ur and Eridu. The Al’Ubaid site is a small mound of about half a kilometer in diameter and two meters above ground. The site was first excavated by Harry Reginald Hal in 1919. Male and female figurines were found in different postures and in most of the figurines, they appear to be wearing a helmet and have some kind of padding on the shoulders. Other figurines were found to hold a staff or scepter, possibly as a symbol of justice and ruling. Each figurine has a different pose but the strangest of all is that some female figurines hold babies suckling milk, with the child also represented as a lizard-type creature.

The figurines are presented with long heads, almond shaped eyes, long tapered faces and a lizard-type nose. What exactly they represent is completely unknown. According to archaeologists, their postures, such as a female figure breast-feeding, do not suggest that they were ritualistic objects.
So what did these lizard figures represent? 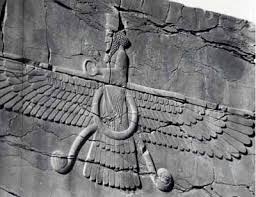 Whatever they were, they appear to have been important to the ancient Ubaidian people. We know that the Serpent was a major symbol used in many societies to represent a number of gods, for example, the Sumerian god Enki, and the snake was used later on as the symbol for the brotherhood of the Snake, as William Bramley discusses.
Is there a link between the symbol of the snake and the representations of lizards?  For now, these questions remain unanswered.