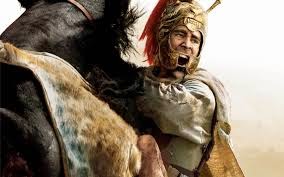 Archaeologists excavating an ancient mound in northern Greece have uncovered what appears to be the entrance to an important tomb from about the end of the reign of warrior-king Alexander the Great. Prime Minister Antonis Samaras, who visited the tightly guarded site Tuesday, said the discovery "is clearly extremely important" and dates between 325-300 B.C. Alexander, who started from the northern Greek region of Macedonia to build an empire stretching as far as India, died in 323 B.C. and was buried in Egypt. His fellow royals were traditionally interred in a cemetery near Vergina, far to the west, where the lavishly furnished tomb of Alexander's father, Philip II, was discovered in the 1970s. But archaeologists believe the apparently unlooted Amphipolis grave, which is surrounded by a surprisingly long and well-built wall with courses of marble decorations, may have belonged to a senior ancient official.
Excavator Katerina Peristeri has argued that the mound was originally topped by a large stone lion that was unearthed a century ago some 5 kilometers from the site. In the past, the lion has been associated with Laomedon of Mytilene, one of Alexander's military commanders who became governor of Syria after the king's death. "The excavation will answer the crucial question of who was buried inside," Samaras said.
Image: Marble Lion of Amphipolis ALEXANDROS MICHAILIDIS / AP
A tourist takes a picture of a 4th century B.C. marble Lion of Amphipolis, some 5 kilometers (3 miles) from a large funeral mound currently under excavation by Greek archaeologists. The mound, which is believed to contain a significant grave dating to the end of Alexander the Great’s reign, and excavators believe this lion originally formed part of a tomb monument that crowned the artificial hill.
The tomb is expected to be opened in the next two weeks. So far, workers have unveiled a flight of 13 steps that lead to a broad path, flanked by masonry walls, which end in a built-up arch covering two headless, wingless sphinxes — mythical creatures that blend human, bird and lion characteristics.    A strong police guard has been mounted around the fenced-off mound. 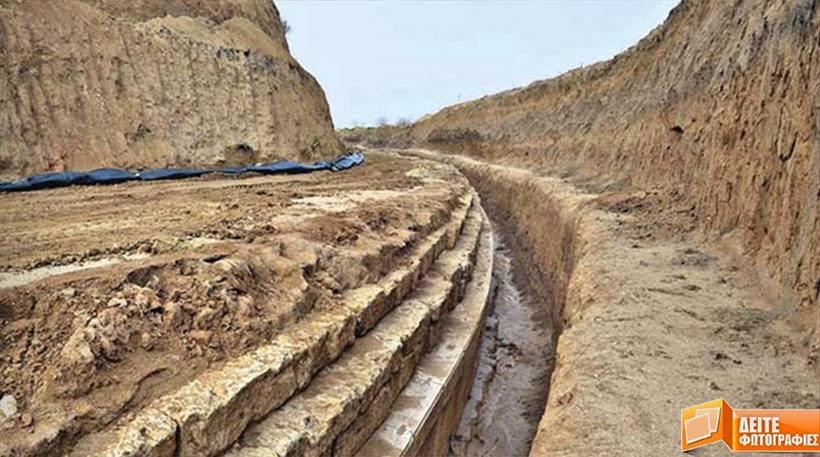 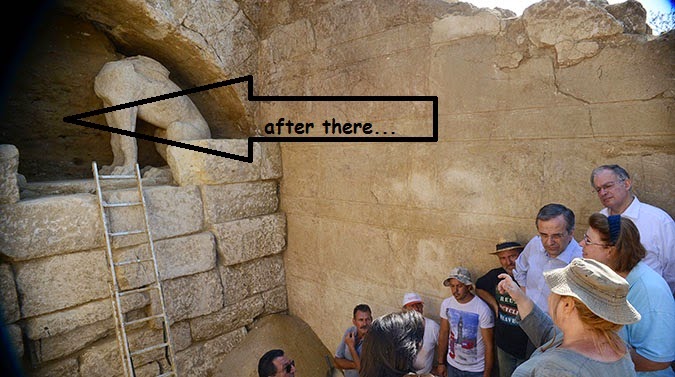 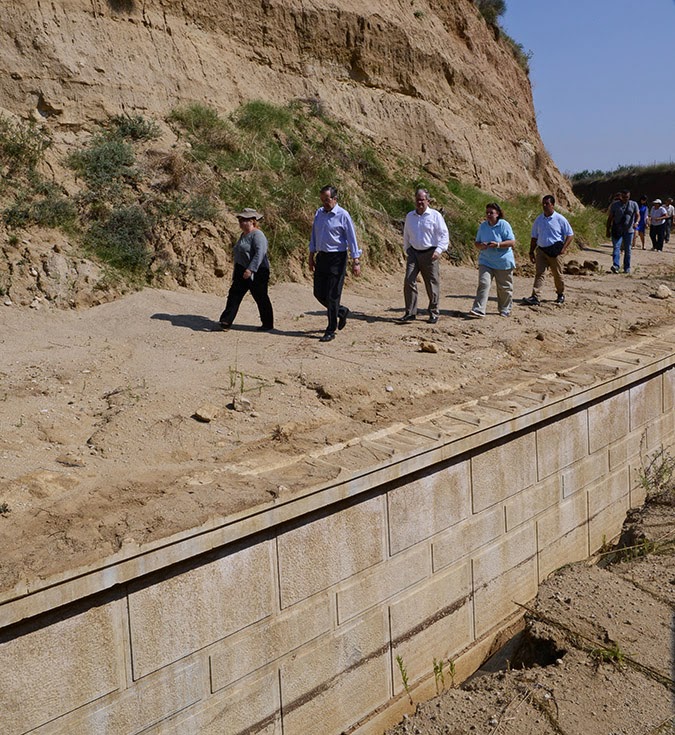