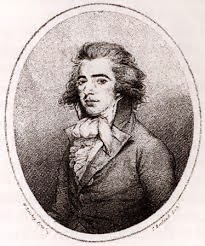 Ioánnis Phokás (Greek: Ιωάννης Φωκάς), better known by the Spanish transcription of his name, Juan de Fuca (born 1536 on the Ionian island of Kefalonia; died there 1602), was a Greek-born maritime pilot in the service of the King of Spain, Philip II. He is best known for his claim to have explored the Strait of Anián, now known as the Strait of Juan de Fuca, between Vancouver Island (now part of British Columbia, Canada) and the Olympic Peninsula (northwestern Washington State, United States). 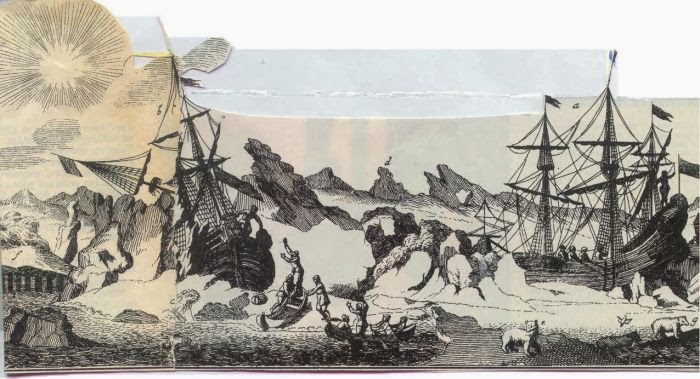 Phokás's grandfather, Emmanouíl Phokás (Gr: Εμμανουήλ Φωκάς), fled Constantinople at its fall in 1453, accompanied by his brother Andrónikos (Gr: Ανδρόνικος). The two settled first in the Peloponnese, where Andrónikos remained, but in 1470 Emmanouíl moved to the island of Cefalonia. Iákovos (Gr: Ιάκωβος), Ioánnis's father established himself in the village of Valerianos (Gr: Βαλεριάνος) on the island and came to be known as "the Valeriáno Fokás" (Gr: ο Φωκάς ο Βαλεριάνος) to distinguish him from his brothers.
It was in this village of Valeriáno that Phokás was born in 1536. Little to nothing is known about his life before he entered the service of Spain, some time around 1555.

Name
The name of the man known to history as Juan de Fuca is the source of some confusion. While Juan de Fuca is clearly a Spanish rendering of Ioánnis Phokás (Gr: Ιωάννης Φωκάς), some sources cite Apóstolos Valeriános (Gr: Απόστολος Βαλεριάνος) as his "real" name. It is possible that Phokás was baptized Apóstolos and later adopted the name Ioánnis/Juan (i.e., John) because Apóstol is not much used as a name in Spanish. Given that Fokás/Fuca was the family name borne by the seafarer's father and grandfather, Valeriános is a nickname used on the island, which would have been quite meaningless in the Spanish Empire.

Early career
Fuca's early voyages were to the Far East, and he claimed to have arrived in New Spain (Mexico today) in 1587 when, off Cabo San Lucas in Baja California, the English privateer Thomas Cavendish seized his galleon Santa Ana and deposited him ashore.
He was a well-traveled seaman, perfecting his skill as a pilot in the Spanish fleet. The King of Spain, he also claimed, recognized him for his excellence and made him pilot of the Spanish navy in the West Indies (a title he held for forty years), but there is no record in Spanish Archives of his name or position or of his visit to the royal court. Before he made his famous trip up the northwest coast of the North American continent, he sailed to China, the Philippines and Mexico. 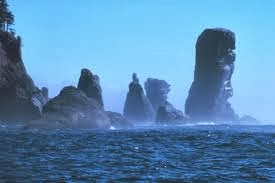 The Strait of Juan de Fuca between the United States of America and Canada was named after him by British Captain Charles Barkley because it was at the same latitude that Juan de Fuca described as the location of the Strait of Anian.

His voyages to the North
According to Fuca's account, he undertook two voyages of exploration on the orders of the Viceroy of New Spain, Luis de Velasco, marqués de Salinas, both intended to find the fabled Strait of Anián, believed to be a Northwest Passage, a sea route linking the Atlantic and Pacific Oceans.
The first voyage saw 200 soldiers and three small ships under the overall command of a Spanish captain (with Fuca as pilot and master) assigned the task of finding the Strait of Anián and fortifying it against the English. This expedition failed when, allegedly due to the captain's malfeasance, the soldiers mutinied and returned home to California. (Note that in this period, Spanish doctrine divided control of ships and fleets between the military commander, who was an army officer, and the sailing and navigation commander, who was a mariner.)
In 1592, on his second voyage, Fuca enjoyed success. Having sailed north with a caravel and a pinnace and a few armed marines, he returned to Acapulco and claimed to have found the strait, with a large island at its mouth, at around 47° north latitude. The Strait follows directly into Puget Sound, Washington, beginning at around 47° 59' N and continuing as far south as 47° 01' N at Tumwater, Washington. During the voyage, Fuca also noted a "high pinnacle or spired rock", which may have been the Fuca Pillar, a tall, almost rectangular, rock on the western shore of Cape Flattery on the northwestern tip of Washington beside the Strait of Juan de Fuca - although Fuca noted it being on the other side of the strait.

Despite Velasco's repeated promises, however, Fuca never received the great rewards he claimed as his due. After two years, and on the viceroy's urging, Fuca travelled to Spain to make his case to the court in person.
Disappointed again and disgusted with the Spanish, the aging Greek determined to retire to his home in Kefallonia but was in 1596 convinced by an Englishman, Michael Lok (also spelled as Locke in English and French documents from the period), to offer his services to Spain's archenemy, Queen Elizabeth. Nothing came of Lok and Fokás' proposals, but it is through Lok's account that the story of Juan de Fuca entered English letters.
Phokas finally returns to Greece, Kefalonia, and dies there... 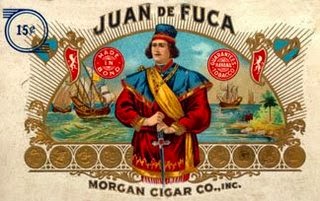 When the English captain Charles William Barkley, sailing the Imperial Eagle in 1787, (re)discovered the strait Fokás had described, he renamed it the Strait of Juan de Fuca.
The Juan de Fuca Plate, a tectonic plate underlying much of the coastline he explored, is also named for Fokás.
Juan de Fuca Provincial Park on Vancouver Island's West Coast is named for the strait, as is the hiking trail of the same name.
Αναρτήθηκε από ΕΛ